Nigeria bounced back from their opening match defeat to Rwanda on Sunday with eight wickets win over Mozambique at the ongoing ICC Women’s Qualifier, Africa 2019 holding in Harare, Zimbabwe.

The solid display from Rwanda downed Nigeria in the opening game of Group A. it was an upset by the gallant Rwanda. Some gritty late-order batting from Rwanda, thanks in chief to Henriette Ishimwe’s 27, saw them post a tricky 102 for six for Nigeria to try and chase down. The green machine spluttered to 65 all out, as tenacious fielding from Rwanda saw to it that four run outs were executed. That was good enough for a 37-run victory. 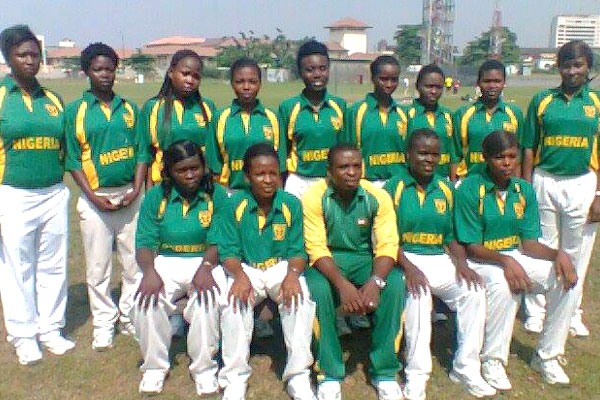 But Nigeria recovered from the loss to beat the whipping team of the Group Mozambique with eight wickets.

Host – Zimbabwe continues their good run with another convincing 92 runs win over Tanzania.

On day one of the competition, Zimbabwe had made the perfect start, after defeating Mozambique by 163 runs at Old Hararians. Modester Mupachikwa (29) and Shame Mayers (62) gave the home side a perfect start, plundering 69 for the first wicket, before Chipo Mugeri (37 not out) added the gloss to a towering total of 198 for three in 20 overs.

It was a task that was easily beyond a young Mozambique side, and not a single batter reached double figures in the chase. Josephine Nkomo (two for 7) and Audrey Mazvishaya (two for 5) stood out for Zimbabwe with the ball, in a fast start to the competition for the favourites in Group A.

Meanwhile, defending champions Uganda also made a fine start, as they defeated Sierra Leone by 90 runs in Group B. Damati Busingye struck a steady 65 not out, while N Bagenda weighed in with 34, with Uganda ending on 143 for two in their allotted overs.

In the final fixture of day one, Namibia enjoyed a well-earned 39 run victory over plucky Kenya. Batting first, Namibia scored an even 117 for six, with contributions from Adri van der Merwe (25), Sune Wittmann (25) and Kayleen Green (21). Mercyline Ochieng helped herself to a tidy three for 11 in her four over spell.