Idowu to decide on future after Russian club goes bankrupt

Super Eagles left-back, Bryan Idowu will quickly have to decide on his future after Russian club Amkar Perm were declared bankrupt. 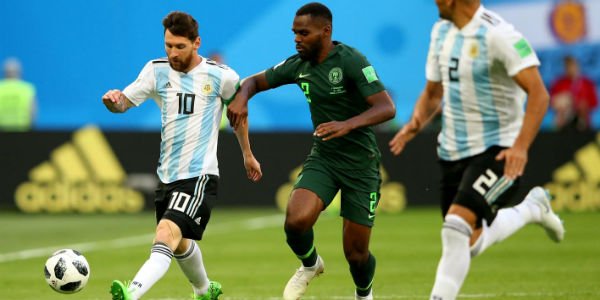 The Nigeria international who has a contract with the Russia club till 2020 will have to settle for one of the clubs that has shown interest in his services.

Media reports revealed that the quartet of Dinamo Moscow, CSKA Moscow, Lokomotiv Moscow and Spartak Moscow are interested in signing the defender who played all the three group matches for Nigeria at the FIFA World Cup.

The Russia premier league side have been experiencing financial difficulties which has made them to offload their players.

Idowu who has a Nigeria father and a Russian mother made his debut for the Eagles last November in an international friendly against Argentina at the Krasnodar Stadium in Russia.  He was also on target.