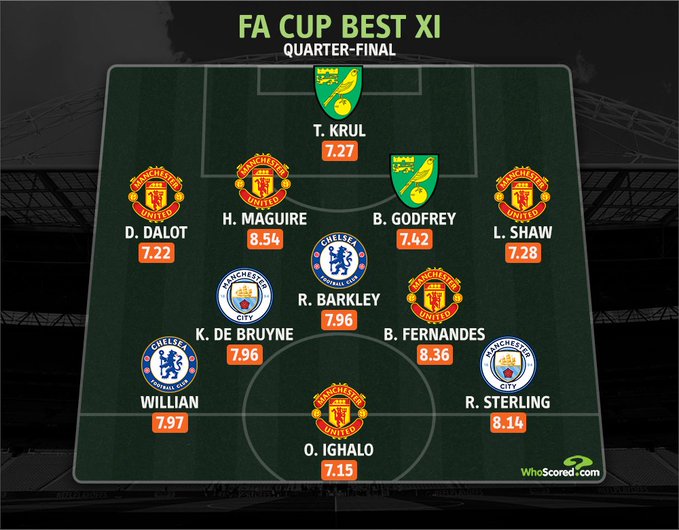 Ighalo got the opening goal against Norwich with just five minutes into the second half of Saturday’s fixture before Harry Maguire who also made the team sealed the ticket for the Red Devils in extra time to make it 2-1.

For his contributions, he was awarded a rating of 7.35 against the Canaries.

“FA Cup Team of the Quarter-Finals – Ross Barkley and Odion Ighalo are the top scorers left in the competition (both 3) after both netting over the weekend Clapping hands sign,” read a post on Whoscored’s Twitter page on Monday.

His teammates who were made the squad were Diogo Dalot, Luke Shaw and midfielder Bruno Fernandes.

read also: ‘Ighalo brilliant on and off the pitch’

He had one shot on target, won 2 aerial duels, won two fouls, and completed 68.4 percent of his passes for the period he spent on the pitch.