Anthony Joshua reclaimed his belts after his victory over Andy Ruiz even though he had to win the fight via unanimous decision. 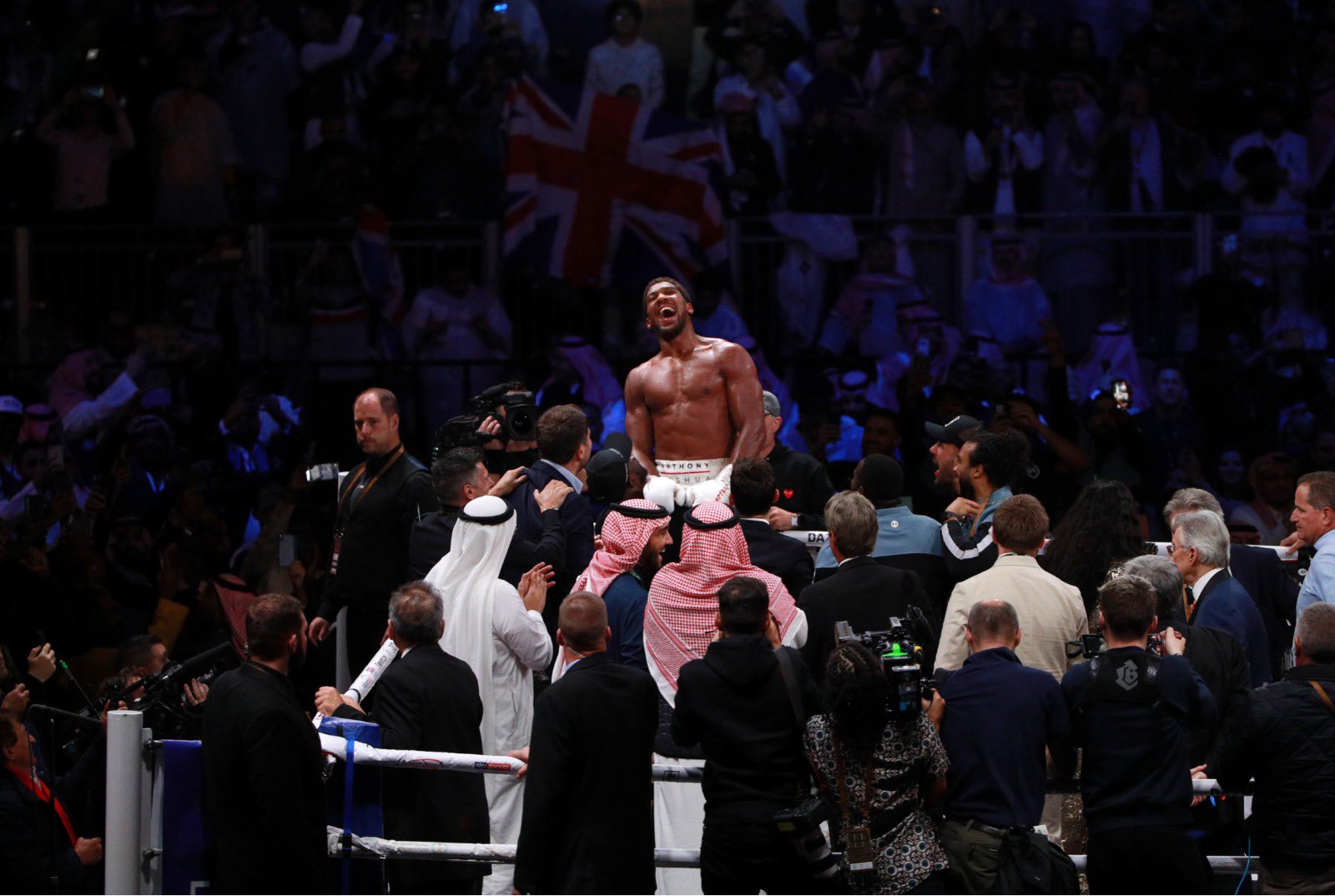 In June this year, Anthony Joshua was shocked in New York as he lost for the very first time in his career against Andy Ruiz.

The defeat propelled him for a rematch against Andy Ruiz which he won on Saturday night, December 7.

And after his victory over Andy Ruiz, a reporter went to Anthony Joshua to ask him how he feels winning back his titles in a Muslim nation.

The reporter reminded Anthony Joshua on how Muhammad Alli proclaimed his faith in Saudi Arabia after winning the world title.

He then asked Anthony Joshua to speak on the role Islam has played in his life.

”A big role Islam has played in my life because my uncles went to Mecca and pray for me and if a Muslim comes to me and pray for me for blessings. I will respect the person,” Anthony Joshua explained while answering the question.