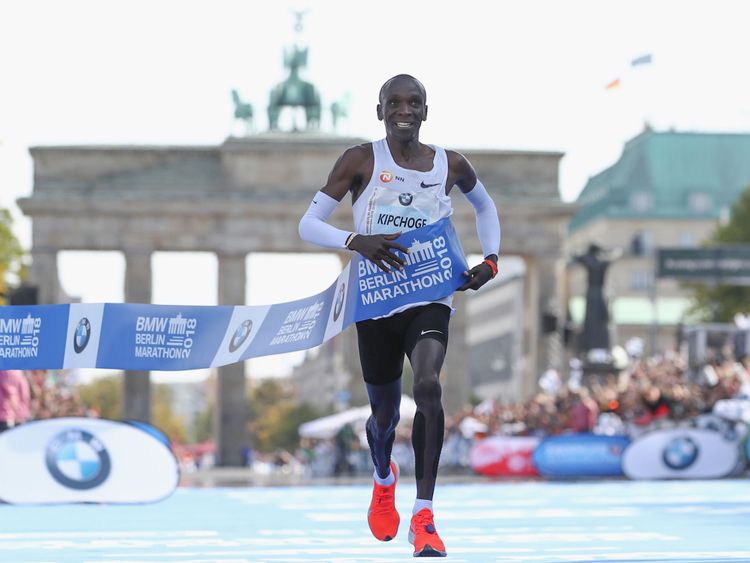 Eliud Kipchoge obliterated the marathon world record with an astonishing 2:01.39 run in Berlin on Sunday.

The Kenyan, who won Olympic gold in 2016, enhanced his status as the greater marathoner in history by slicing 78 secs off the mark set by Dennis Kimetto on the same fast course in 2014.

“I lack the words to describe how I feel,’ said Kipchoge, who ran the second half of the race in a rapid 60min 33sec.

‘It was really hard during the last 17 kilometres but I was truly prepared to run my own race. I had to focus on the work I had put in in Kenya and that is what helped push me.’

It will rank as one of the finest ever runs at any distance, made more impressive because Kipchoge ran the final 10 miles alone after the last of his three pacemakers dropped out.

The 33-year-old, a three-time winner of the London Marathon, has now won 10 of the 11 marathons he has contested.

He will be the overwhelming favourite for Olympic gold at Tokyo 2020, where he could face off against Mo Farah, who is yet to decide if he will pursue another Games campaign.

Ibrahimovic Proclaims Self as ‘God of Goals’