At a time when former international and coach of Taifa Stars of Tanzania Emmanuel Amuneke is full of regrets over defeat by Lesotho, Crocodiles’ forward Tumelo Khutlang is still brooding over missed chances that would have compounded the woes of Taifa stars. Different strokes for different fellows you would say.

The 23 year old ,missed not just one but two begging chances including 21st minute one on one encounter with Tanzania goalkeeper Aishi Manula.

Khutlang has teammate Nkau Lerotholi to thank for saving the day follow his goal in the closing minutes of the match.

The victory boosts Lesotho’s chances of qualifying for a first African Cup of Nations. They are now on level points with Tanzania and will need to better their rivals’ result in the last game to qualify for the tournament as group runners-up. 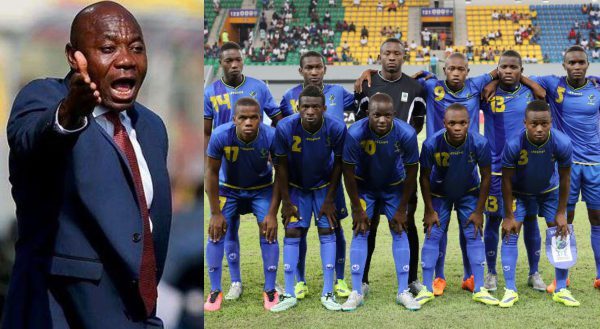 Meanwhile the defeat by Taifa Stars has continued to generate debate in Daesalam with some fans blaming Amuneke for what they dubbed poor selection. The Nigerian has however received the support of the Minister of Culture, Arts and Sports Harrison Mwekyembe who described the defeat as a temporary setback. “We lost the battle not the war” he said.

Amuneke who however remains committed to picking one of the tickets to Cameroon 2019 admitted that his team played below par.  “We are really sorry letting Tanzania down, we failed to meet their expectation” he said. The former Al Khartoum SC of Sudan coach however added that they will make amends ahead of the must win final battle against Cranes of Uganda March next year.

UCL: Liverpool exceptional team but Milan not less than them, says Tomori

UCL: Liverpool exceptional team but Milan not less than…