Man Utd star thanks Mourinho for ‘making him a winner’

Man Utd star Jesse Lingard has suggested that Jose Mourinho “made [him] a winner” during their time together at Old Trafford.

Mourinho was Man Utd boss for around two-and-a-half years up until the end of 2018. The former Chelsea boss won the double at United during the 2016/17 season. This came as he guided them to win the EFL Cup and the Europa League.

Lingard was a mainstay for the Red Devils during this period. He played 42 times for them during the 2016/17 campaign.

The Englishman has not won a trophy at Man Utd since then. He has enjoyed a good start to the 2021/22 season after his fruitful spell on loan at West Ham United.

As reported by the Mirror, Lingard has stated that Mourinho would “bring out” the winning mentality in his players:

“Me and Jose had a good relationship generally, though, I have to say. He was good to me. Before all the injury stuff, he trusted me, put me in for important games. We won trophies and he made me a winner. He could just bring out that side in you.

“He also liked to have a personal connection with his players. Sometimes I’d look at my phone and I’d be getting a random FaceTime from him. Just out of nowhere — just to check in. 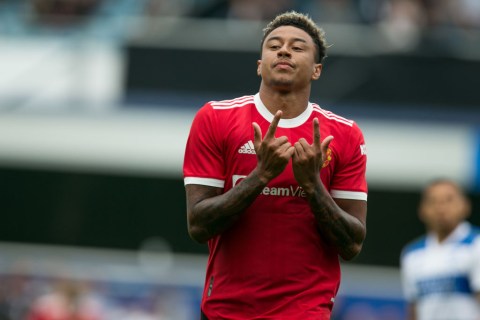 Read Also: EPL boss claims Chelsea star is ‘one of the best defenders in the world’

“I used to find it so strange at first. He’d call and be like, ‘Hey Jesse, what are you doing?’

“And I’d be like, ‘Erm, just chilling, watching TV… (awkward silence)… what are you doing?’

“Hahaha! I found it funny. And, to be fair, it showed how much he cared about us.”