Long before Claressa Shields, even before Laila Ali, Christy Martin was the trailblazer; the female fighter who was a star allowing a number of other female boxers to get in there and do their thing. 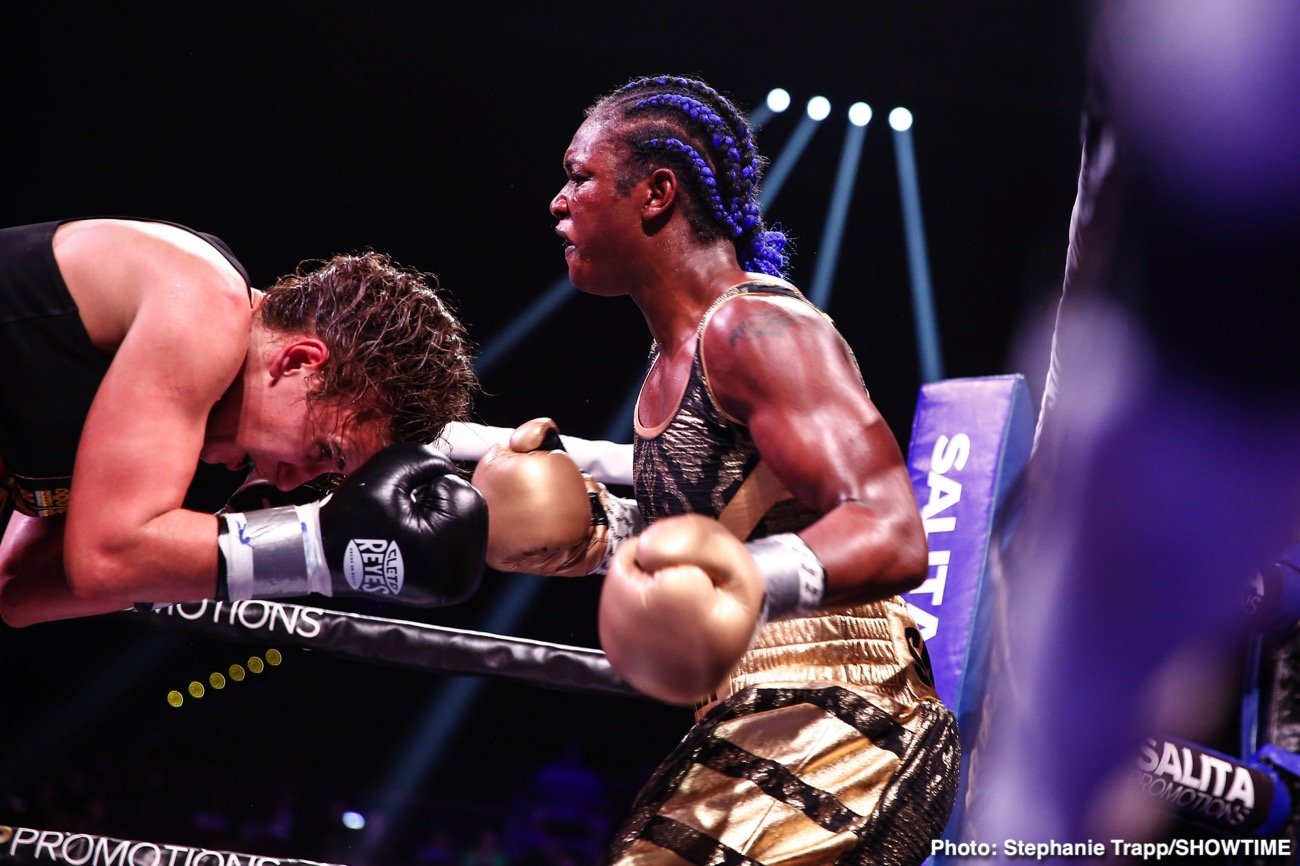 Martin, when she was 14 years into her ring career, was stopped in four rounds by Ali, and even today Martin feels the daughter of “The Greatest” would be way too much for current champ Claressa Shields.

As fans may know, Shields, unbeaten and a three-weight world champ, and Ali, retired for well over a decade, have been going at each other via social media and on TV chat shows, each claiming they would defeat the other. Ali never lost during her career, while Shields is for many the best female fighter in the world right now. If the money was there, and if Ali agreed to end her retirement at age 42, Shields Vs. Ali could prove to be a big deal.

“I think Laila smokes her. It takes her now six or seven rounds whereas back when she fought me it would probably take her the same amount of time that she got rid of me. At least that fast, if not faster,” Martin, now a boxing promoter, said. “I think Claressa is very full of herself. Why somebody doesn’t talk to her and say ‘Look, say some positive things once in a while, be a little nicer.’ A quote from her was, boxing doesn’t deserve her, are you freaking kidding me? Like she’s gonna go to the UFC, good, go over there, they’re gonna smoke your ass over there.”

Martin, who admits she “talked a lot of shit” during her own ring career, is at pains to point out how she would do so with a smile on her face, with a funny quip following the trash-talk. Martin says Shields – who in her opinion “cannot fight going backward” and has a low KO percentage with just 2 stoppage wins on her record – “just wants to be a tough guy.”

Shields has fired back, saying how Martin “boxed against strippers and ballroom dancers to skyrocket her career,” and she apparently has no appreciation for the path Martin pave for her and other female fighters. But what about that possible (though probably not too likely) Shields Vs. Ali fight? If it did happen who would win? Is Martin right, or would Shields, active, around her peak and unbeaten, prove too much for “She Bee Stingin’?”

As for who the best current female fighter in the world is, Martin says Katie Taylor probably deserves the distinction. There was a time when practically everyone turned up their nose at female boxing. Thanks must go out to Christy Martin for this no longer being the case.

Pandemic leads to fresh calls for a referendum on Paris 2024