France wonderkid Kylian Mbappe has set a tall target for his football career to surpass the level of FC Barcelona captain Lionel Messi ‘in three or four years’.

The teenage 2018 FIFA World Cup winner picked up the inaugural Kopa Trophy last week, and many are now tipping him to be a future Ballon d’Or winner.

However, the Paris Saint-Germain forward has responded to reports suggesting that he said that he could be better than the five-time winner of the most coveted individual accolade in world football. 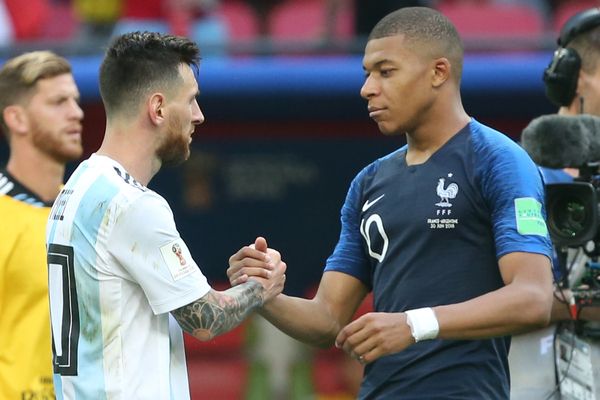 But the PSG forward responded swiftly after the reports surfaced on social media.

“I never said that,” he said via his official Twitter account. “Messi has all my respect and my admiration.”

The former Monaco ace, who has revealed the best player he played against in 2018, said ahead of the Ballon d’Or ceremony that both Cristiano Ronaldo and Messi are still two of the world’s best.

“Nobody is doing better at the moment and we can’t say it’s the end of their era because it will only end when somebody else does better than them,” he told Agence France-Presse.

“I don’t think one of them will win the Ballon d’Or this year because it was a World Cup year, and the World Cup takes precedence.

“But if you take the player in the purest form, there’s nobody better yet. This year they were again the best two.

“Messi finished the best goalscorer in Europe; Ronaldo was the top scorer in the Champions League.”

Ronaldo challenges Messi to join him in Serie A