Messi forgave me for the harsh tackle–Smalling 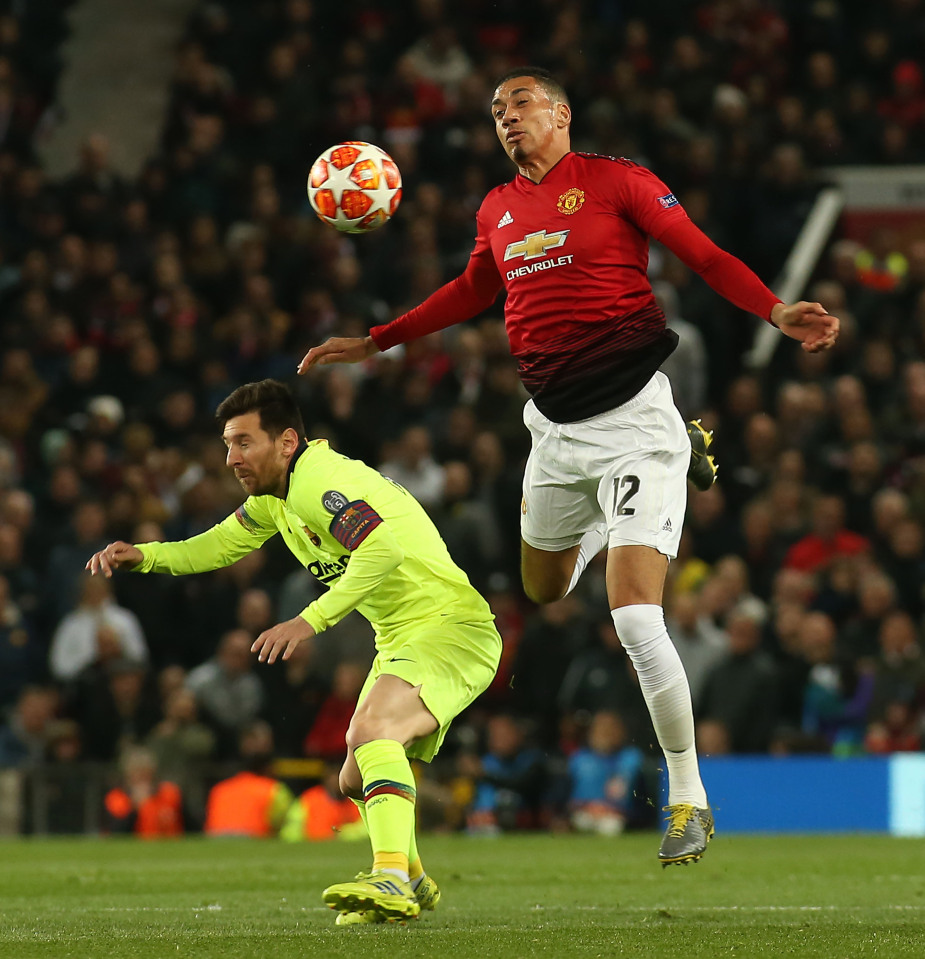 Despite the injury to their talisman, the Catalan club managed to record a 1-0 win at Old Trafford in the Champions League quarter-final first leg.

But one of the main talking points came when Smalling came through the back of the Argentine to win a header, catching the 31-year-old in the face.

Tests showed there was nothing to worry about and the England international has revealed what the five-time Ballon d’Or winner told him after the game.

“‘Yeah we spoke after. I didn’t realise at the time actually that I had caught him like that,” Smalling told Five Live.

“But after the game we had a brief chat, shook hands and he said he knew it was an accident.”

Former Liverpool striker Luis Suarez was given a rough ride by the raucous home fans and the 29-year-old also revealed the Uruguayan was gracious after their encounter.

“Luis Suarez after as well, we had a good tussle and he just shook my hand after and said good luck and we just said good luck,” added Smalling.

“So it’s nice when you can have that battle on the pitch and then obviously there’s full respect after the game because ultimately you’re just trying to do your best and enjoy the game.”