Messi played with Mascherano for 14 of his 16 years in the national team, and for nine years together at Barcelona. Messi succeeded Mascherano as Argentina captain, and they went to the last four World Cups, reaching the final in 2014. At Barcelona, they won two Champions Leagues, two Club World Cups, and seven La Liga.

”It was so many years together, seeing each other every day and sharing so much,” Messi said on his Instagram account. ”We lived very happy moments and also some very hard for Argentina and Barcelona. We have missed you since you left.” 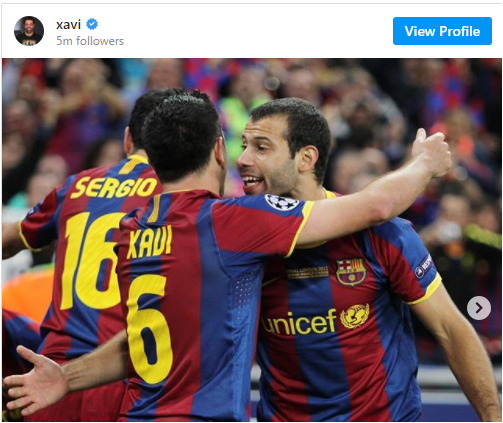 Xavi Hernandez, another Barca great, said he was honored to have played with Mascherano.

”An outstanding professional, humble as few others and with a unique capacity to lead,” Xavi said.

Brazil striker Neymar, who played with and against Mascherano, called the Argentine ”a phenomenon as a player and as a person.”

Mascherano surprisingly announced his playing retirement on Sunday after his Estudiantes de La Plata club lost to Argentinos Juniors 1-0 in the Argentine championship.

”Out of respect for everyone it is time to take a step to the side and end this career,” the 36-year-old defensive midfielder said. 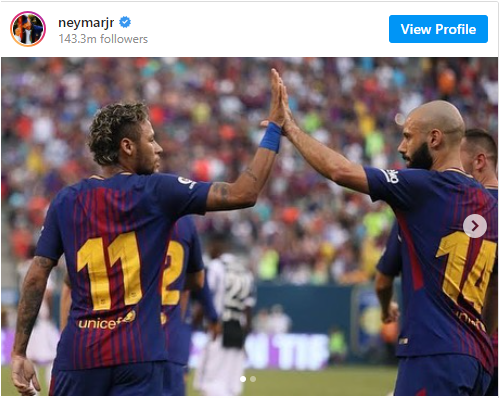 Read Also: EPL must rethink option to use 5 substitutes – Southgate

Mascherano won 21 major trophies in his career, including the 2004 and 2008 Olympic gold medals. From Argentina, he played for Brazil’s Corinthians, West Ham, Liverpool, Barcelona, and China’s Hebei Fortune before returning home last year.

He has the most appearances for Argentina, 147.

Liverpool’s Salah ‘could still be cleared for Leicester City clash’