Gernot Rohr is banking on Kelechi Ihenanacho’s new scoring form to help Super Eagles in their November 11 cracker against the Republic of Benin at the yet-to-be-approved venue pointing out that: ”“Kelechi too can score goals.” 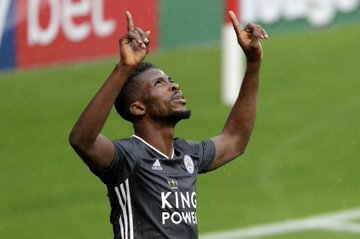 “Work has already started and I know that this player Kelechi Iheanacho can still do a good job for us,” noted Rohr. “Kelechi too can score goals and I think that his omission from the AFCON would be a big motivation for him.
“I was talking with him throughout the AFCON because he’s still a congruent part of our team and I know he wants to work harder now because he has understood the professional ways of doing things. I know that Kelechi can be an interesting player for the Super Eagles,” he reiterated.
Rohr said that the omission of Kelechi Iheanacho from the Eagles squad to the 2019 AFCON has helped him return to form quickly.
Iheanacho was dropped from the Nigerian squad to 2019 African Cup of Nations in Egypt, following his unimpressive season with Leicester City last season.
Iheanacho has now hit the ground running for the Foxes in the pre-season, scoring in back to back games and the former Bordeaux coach said he was constantly in touch with the forward following his exclusion from the squad.

Read Also: 2-goal hero Iheanacho happy over return of confidence
Rohr concluded that the player can return back to his best and become an important player for the national team in the future.

FENERBACHE COACH TO MOSES: You can be our SAVIOUR