No excuse for Lampard at Chelsea after spending spree

Chelsea manager Frank Lampard is under pressure to deliver a serious Premier League title challenge after a spending spree fuelled by his desire to catch champions Liverpool.

Lampard showed promise in his first season by steering the Blues into the Champions League with a fourth place domestic finish.

But Arsenal exposed the flaws that were visible in Lampard’s side all season with a 2-1 win against their London rivals in the FA Cup final.

Having finished 33 points behind the Reds and 15 adrift of second placed Manchester City last term, the response from the Stamford Bridge hierarchy has been emphatic.

City set the record for the biggest total spend by a Premier League club when Pep Guardiola splashed out £223.8 million ($295 million) ahead of the 2017-18 season.

But Chelsea are on course to shatter that mark.

After enduring a transfer ban in the 2019 summer window before failing to sign a single player during the 2020 January market, owner Roman Abramovich sanctioned the kind of money-is-no-object recruitment drive that was commonplace when he first bought the club.

After relying on a cadre of promising youngsters to kick-start his reign, Lampard has prioritised proven talents in the transfer market.

The west Londoners are expected to wrap up their £90 million swoop for Bayer Leverkusen forward Kai Havertz this week, which would take them past City’s record spree.

Malang Sarr has also arrived on a free transfer after the 21-year-old centre-back left Nice, but he is seen as one for the future and will be sent on loan. 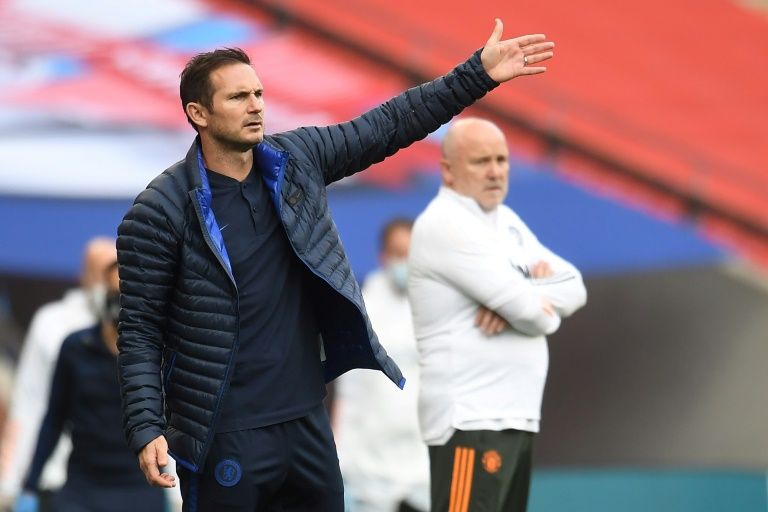 That won’t be the end of Lampard’s overhaul as Brazilian centre-back Thiago Silva is set to join Chelsea for free this week after leaving Paris Saint-Germain following their Champions League final defeat.

Lampard will hope the lavish investment reaps the same rewards for his club as City enjoyed in 2018, when they were crowned champions thanks in large part to the spending of owner Sheikh Mansour.

Lampard to integrate new signing Thiago with his squad

Schalke star arrives in Turin ahead of Juventus switch