Super Eagles coach, Gernot Rohr has praised Ola Aina after the Torino defender produced a sterling performance in the Super Eagles 1-0 win against the Swallows of Burundi at the Alexandria Stadium on Saturday. 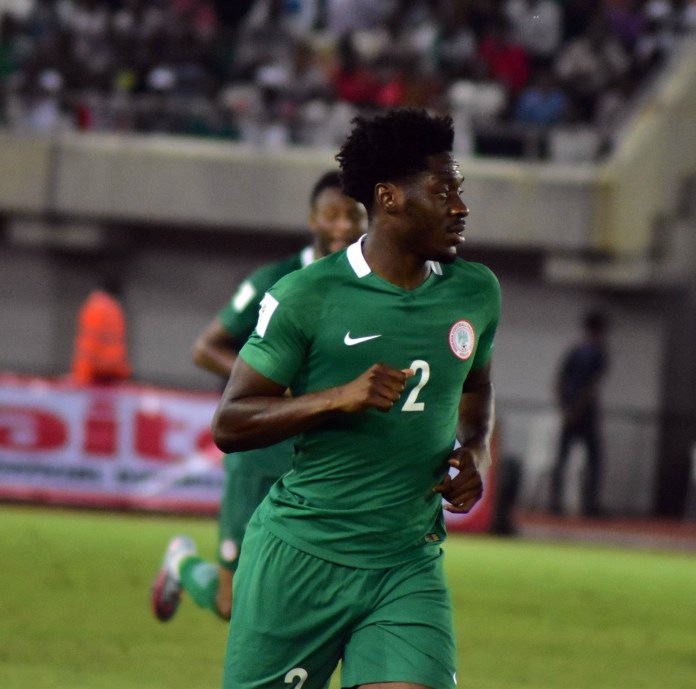 Aina started the match after regular Jamiu Collins was ruled out throught injury and the 22 year-old former England youth international was on the form of his life in the Super Eagles’ AFCON group B opener. Aina, who recently sealed a permanent transfer from Chelsea, set up Odion Ighalo for  the only goal of the tight encounter with a outragous back heel in the 77th minute.
Rohr said after the win: “Ola Aina has improved really well. That’s why we tell our players to go to teams where they will play and get better. He is a different player entirely, his presence gives us another option when we play with three at the back as he can play as a wing-back.”

Read Also:Aina completes permanent transfer to Torino from Chelsea
Aina missed out of a place in Nigeria’s World Cup campaign in Russialast year and he made a return to Gernot Rohr’s squad thanks to his impressive performances on loan at Torino.

NFF: We are not owing Super Falcons

Anthony Joshua is not a good boxer- Andy Ruiz,Jr claims