Super Eagles striker, Victor Osimhen might not be leaving Ligue 1 club Lille this month as the French side as top brass at his club are said to be very keen to hold the former VfL Wolfsburg of Germany and Sporting Charleroi of Belgium revelation. 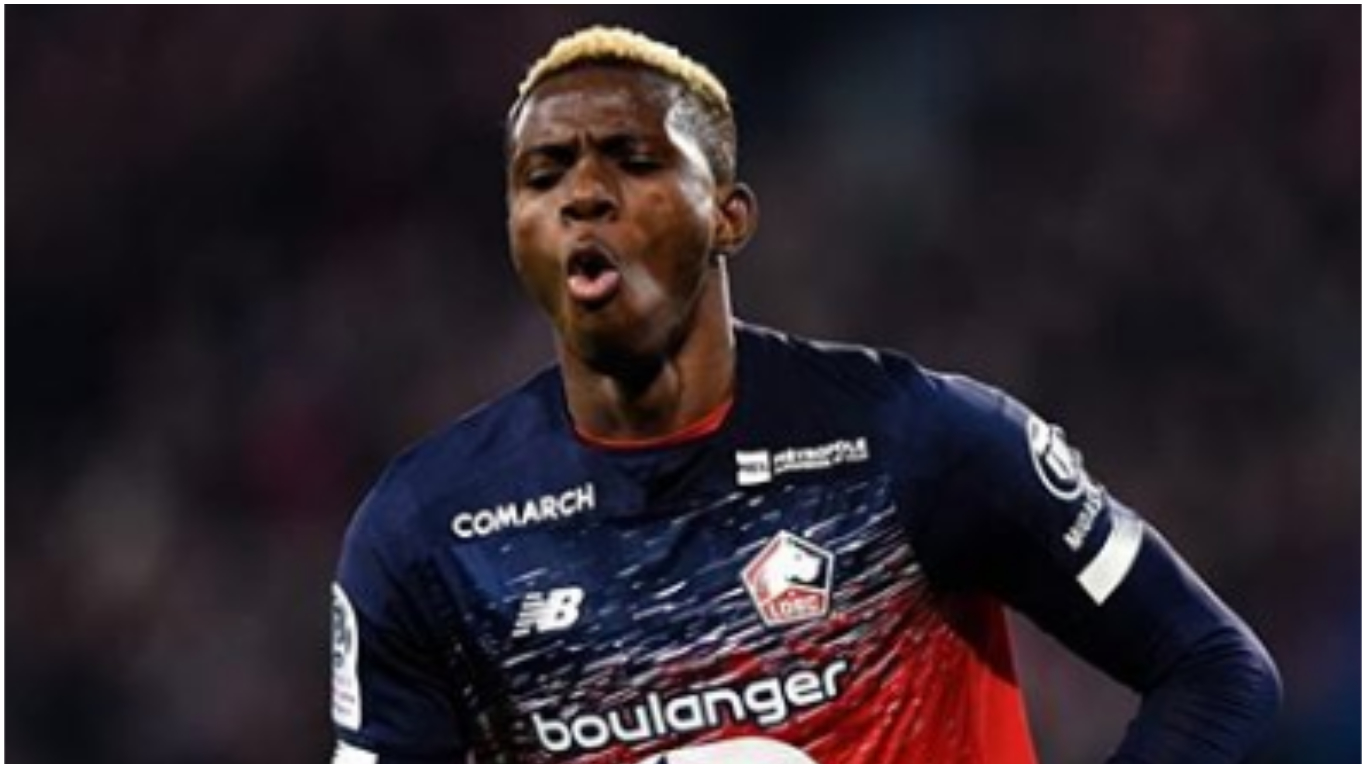 Instead, Boubakary Soumare is expected to be the only one of Lille’s promising young stars to be sold this month.

The 20 year-old Frenchman will have to decide between signing for Manchester United or Chelsea before the transfer deadline.

Osimhen has attracted the attention of Spanish giants Real Madrid and Barcelona with European champions Liverpool also eyeing the 21-year-old who only linked up with Lille from Belgian club, Sporting Charleroi at the start of the season.

Chelsea and Tottenham are also among a host of clubs monitoring Osimhen who penned a five-year deal that will keep him at Stade Pierre Mauroy until 2024. However, the Nigeria international is expected to stay at Lille at least for the rest of the season unless the French club receives a January offer that is too good to refuse.

Osimhen only joined Lille in the summer from Belgian outfit Charleroi and has scored 14 goals in his first season in France including a brace in his debut.

His 20 goals in 36 games last season earned him Charleroi’s Player of the Season award and made them activate the €3.5m buy clause in their loan agreement with Bundesliga club Wolfsburg.

Exactly a month later, he was holding up a Lille shirt as their new €12m signing. Lille lost a lot of goals in the summer when Nicolas Pépé and Rafael Leão were sold to Arsenal and AC Milan respectively.