Napoli stay top of the table with six wins out of six, making short work of Cagliari with Nigerian forward Victor Osimhen scoring one and earning a penalty.

The Partenopei wanted to maintain their 100 per cent record, and had Dries Mertens and Diego Demme back on the bench, but Faouzi Ghoulam and Stanislav Lobotka still injured. The Sardinians drew 2-2 at Lazio on Walter Mazzarri’s debut, then lost 2-0 at home to Empoli. Gabriele Zappa returned from suspension, Diego Godin and Kevin Strootman recovering from knocks, but Mazzarri changed to a 3-5-1-1 formation with Nahitan Nandez more advanced.

Napoli took their first opportunity, as Piotr Zielinski ran onto a ball over the top, pulled it back from the by-line for Osimhen to turn in from six yards.

Osimhen also flashed a shot across the face of goal on the counter, Matteo Politano tested Alessio Cragno and it turned into a constant siege on the Cagliari final third. 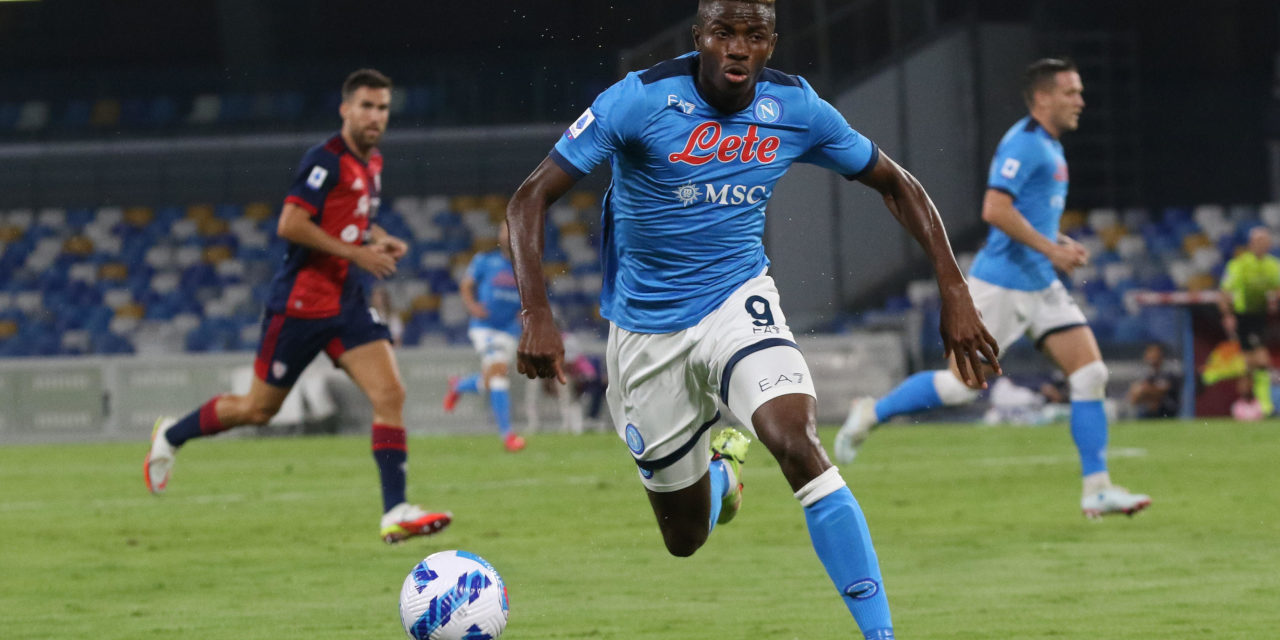 Godin wiped out Osimhen near the touchline for an inevitable penalty, which Lorenzo Insigne converted with power into the roof of the net.