Akinfenwa, a 39-year-old veteran striker, led the line for his club Wycombe against Manchester City in Carabao Cup game at the Etihad on Tuesday night.

After a near-miss from a header and a typically lively attacking showing from the forward though, Guardiola was certainly aware of Akinfenwa’s threat come full-time and said he would use the experience to help his young guns prosper.

“They faced a legend of English football, it was an absolute pleasure to meet him,” Guardiola said of Akinfenwa. 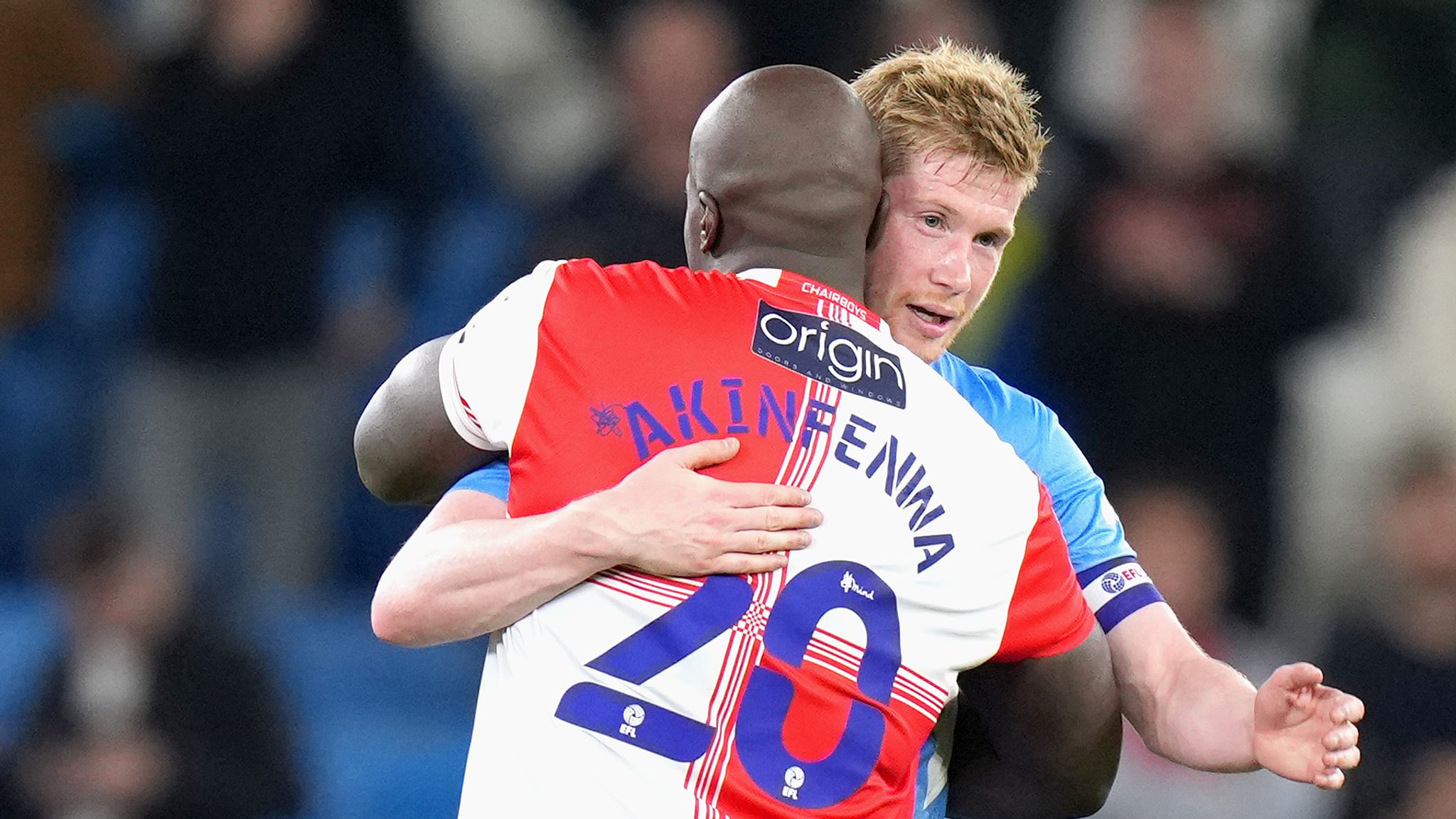 “It’s not easy to do it but they did very well. We are going to review the game and show them how to solve the problems. But there was not one bad performance.” He said.

Wycombe took a shocking lead earlier in the game, but Manchester City staged a stunning comeback to win the game 6-1.