Kogi State-born Master athlete Olajide Femi Peters has yet predicted a successful outing for Masters Athletes at the forthcoming 12th All- African Games to be held in Rabat (Morocco) between 19th and 31st August after securing his spot at the just concluded trials in Abuja. 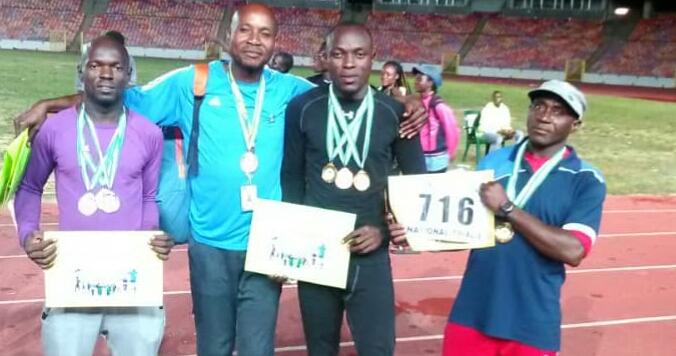 Peters, who led the Masters’ Athletes from Kogi State under the Umbrella of Federal Road Safety Special (FRSC), won three Silver medals in the 100m, 200m and long jump event at the Abuja trials.

His latest performance came on the heels of his impressive showing early this year at the 12th African Masters Athletics Championship in Tunisia and the IAAF World Masters Athletics (WMA) Outdoor held in Poland.

Other FRSC athletes that did well in Abuja include Julius Aiyedogbon who best Peters to three Gold Medals in the 100m,200m, and long jump event while Markudi Kaka won two Gold Medals in 100m and 200m.

“ It is really good performance by the Kogi contingent in Abuja and we can look forward to a good outing in Morocco,” he said. “ I really want to thank God for the achievement of our team and kudos also to the executives of the Nigeria Athletes Master(NAM) for their unflinching support.”

Other Athletes who represented and won medals for other various governmental establishmentsMeanwhile, a close confidant of Peters, Olatokunbo Omisakin has commended officials of NAM especially Dr. Sofiyat Yahaya
Kongoila for her steady sponsor of the championship at Master level in the area of publicity and award of medals to deserving athletes at the Abuja trials.