Lionel Messi was the hero as Argentina opened their CONMEBOL World Cup qualifying campaign with a 1-0 win over Ecuador.

Argentina were scheduled to start their road to Qatar 2022 in March, but the qualifiers were postponed amid the coronavirus pandemic.

Messi and Argentina finally took to the pitch at the iconic La Bombonera on Thursday, and the superstar captain’s 13th-minute penalty settled the contest in Buenos Aires.

The six-time Ballon d’Or winner took his international tally to 71 goals as Argentina extended their unbeaten streak to eight matches, dating back to the country’s third-place play-off victory over Chile at the 2019 Copa America.

Argentina were playing for the first time since their 2-2 friendly draw with South American rivals Uruguay in November last year, and it was the same situation for Ecuador. 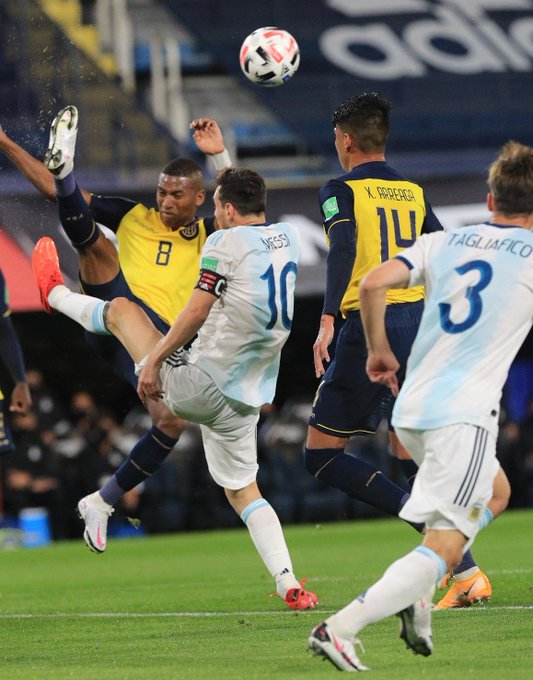 Messi, Lautaro Martinez and Rodrigo De Paul were in the starting XI for Argentina, while star Paulo Dybala was a late withdrawal due to a stomach problem.

Argentina were gifted the chance to open the scoring just 13 minutes in when a wild challenge from Ecuador defender Pervis Estupinan chopped down Lucas Ocampos inside the penalty area, and Messi made no mistake from the spot.

Lionel Scaloni’s Argentina dictated proceedings but both teams struggled for fluidity in their first international matches in almost a year.

Ecuador had a chance to equalise in the second minute of first-half stoppage time as Erick Ferigra found himself unmarked at the back post following a teasing set-piece, but it would not have counted anyway after the flag was raised for offside. 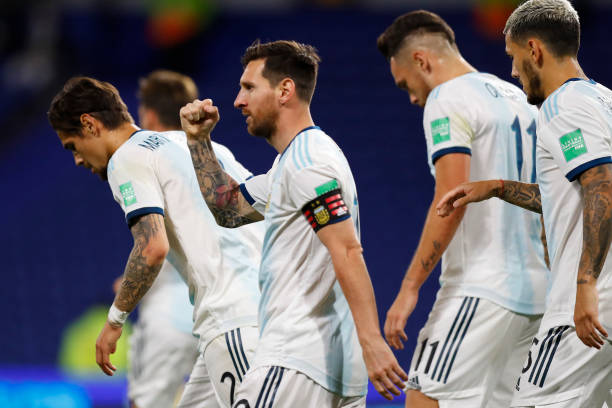 Ocampos thought he had made it 2-0 for Argentina just three minutes into the second half – a lovely cushioned header from Martinez teeing up the Sevilla star – however Ecuador goalkeeper Alexander Dominguez produced a stunning one-handed star to tip the ball around the post.

The second half was a largely dull affair as Argentina held on for maximum points in their first appearance of 2020.

DAZN debuts with GARCIA VS. CAMPBELL ON Dec. 5 and JOSHUA VS.PULEV ON DEC. 12

DAZN debuts with GARCIA VS. CAMPBELL ON Dec. 5 and JOSHUA…