Foremost tennis star  Aruna Quadri has changed  base after playing  a decade in the Portuguese league as he  signed a deal with German Club TTC RhönSprudel Maberzell Fulda yesterday. 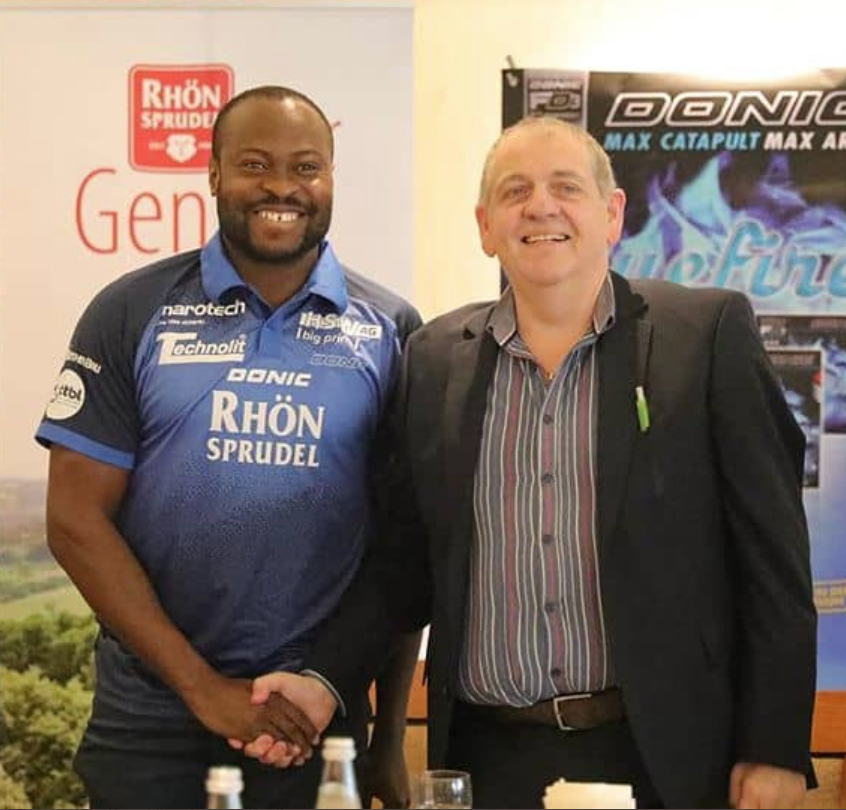 Quadri flew from his base in Lisbon, Portugal to Germany to sign the deal which was brokered by a Lagos-based sports marketing firm, WEOAllSports.

At the well-attended  signing ceremony was management of TTC RhönSprudel Maberzell Fulda led by its President, Stefan Frauenholz amongst other dignitaries  including an impressive  German media.

Quadei’s switch  from Portugal to Germany was described by the Bundesliga Table Tennis League as a good development for the league.

President of TTC RhönSprudel Maberzell Fulda, Stefan Frauenholz, said  the decision to sign Quadri was based on the team’s conviction that the Nigerian has a lot to offer based on his global exploits.

“We are so lucky to sign Aruna Quadri because he is such a good player with excellent results,”Frauenholz said.“ This is a family club and we believe his passion and interest tally with the ideals of the club.

“We are so happy to unveil him today and we hope he can bring his wealth of experience to help the team next season.”

An excited Quadri said he was happy fulfilling his dream of playing in the German Bundesliga having spent over 10 years playing in the Portuguese league with several laurels to show for his efforts.

“I am happy joining this team and I see that it is a family club with good ideal and for me I am going to give my 100 percent to the team. I look forward to having a good experience playing against the best in the Bundesliga to continue to improve my career,” the Rio 2016 Olympic quarterfinalist said.

Quadri’s started his sojourn in  Europe in 2010 and he has played for several clubs in Portugal including  Sporting where he  won several medals and reached the  semifinal stage of the ETTU Champions League. At Sporting, he has remained unbeaten in the last five years while he has won back-to-back league titles with the Lisbon-based team.