Management of former Nigeria league champions, Rangers International F.C of Enugu, have confirmed the demise of the club’s attacking sensation, Ifeanyi George Onwubiko, and two other players of the club whose sad event took place, Sunday, March 22, 2020 in a ghastly auto-accident along Asaba-Benin expressway. 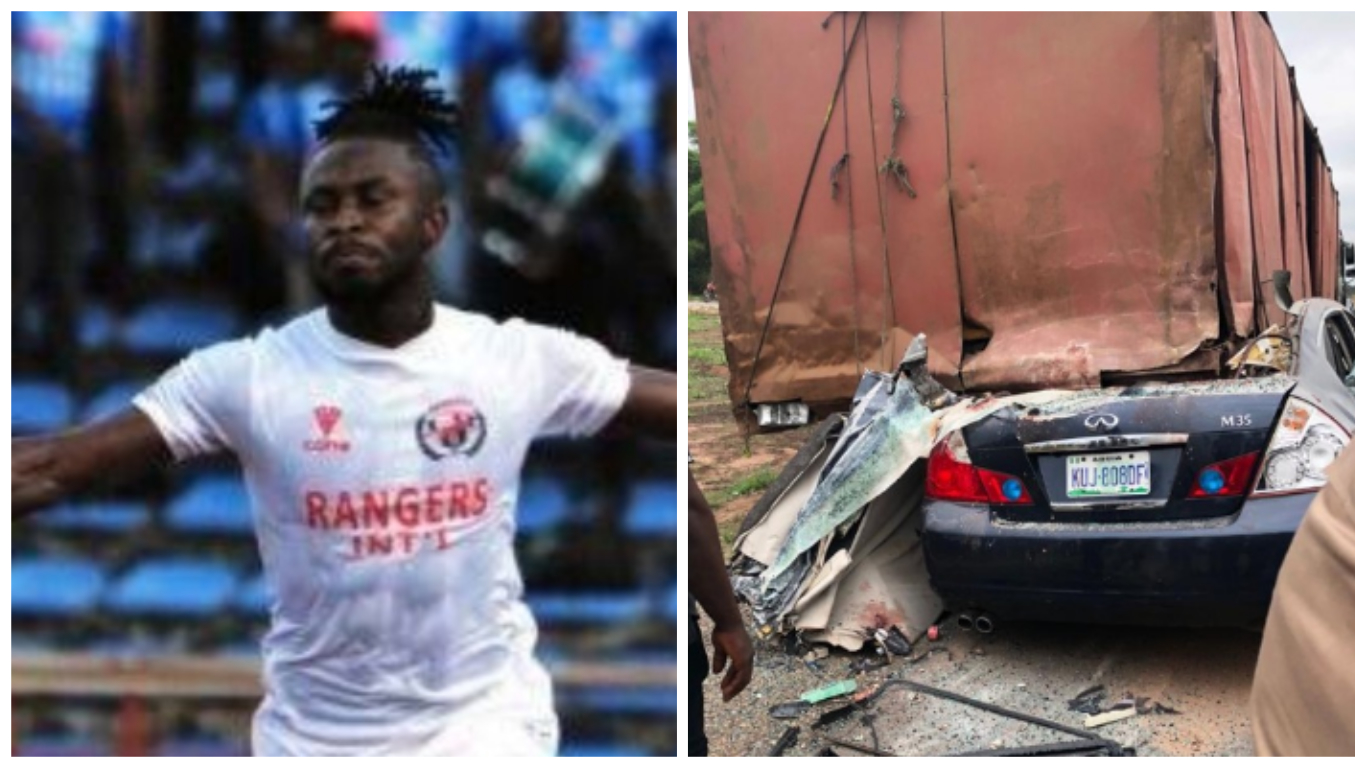 Ifeanyi was travelling in his Infinity M35 saloon car to Lagos to be with his family and had two passengers, Emmanuel Ogbu, a player of the club’ feeder team and Eteka Gabriel, a friend of the late Ifeanyi George when he ran into an articulated stationary vehicle by Owa village near Abudu, Orhionmwon L.G.A of Edo state.

The management after getting information about the accident made efforts and sent a delegation to the spot of the accident while also making efforts to reach out to the families of the late footballers.

With the confirmation of the bodies of the footballers that died from a result of multiple open fractures on the neck, arms, leg and a crushed face by the delegation led by Barrister Amobi Ezeaku, team manager of the side and Dr. Wen Udeoji, team doctor, the players’ remains were deposited at a private morgue in Abudu.

In a chat, GM/CEO, Prince Davidson Owumi, described the death of Ifeanyi George as a great loss to the club and the Nigerian football community stressing that the club was still to overcome the shock of the sad event.

“I must say that this was a great loss to the Rangers family. We are in shock over this very sad event which is like a dream. Here was a player that we were looking up to contribute his best as we aim to end the season on a high. Surely, we are in pains on the death of Ifeanyi George and Emmanuel Ogbu,” stated the former NPL boss.

Management appreciates efforts made by men of Nigeria Police and FRSC in Abudu for their actions during the sad incident just as the deluge of condolence messages and support from the NFF, LMC, NPFL clubs and other stakeholders.