The Portuguese forward failed to score as Juventus were beaten 2-0 by Cagliari on Wednesday night.

Luca Gaglione and Giovanni Simeone netted the goals for the hosts as they got one over on the newly crowned Scudetto winners.

Ronaldo remains on 31 league goals for the season – four behind Golden Boot leader Ciro Immobile after he netted for Lazio against Brescia earlier on Wednesday. 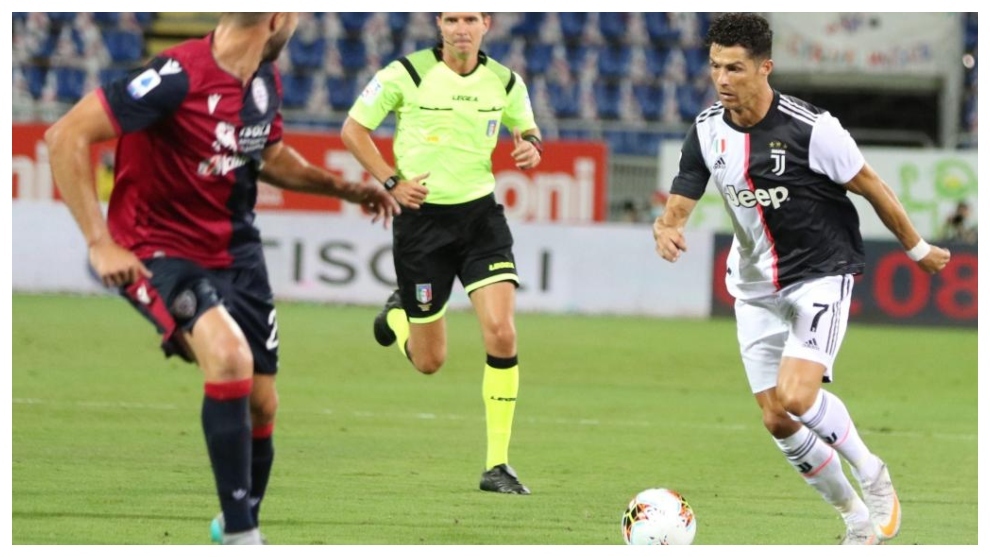 The former Real Madrid star sits behind Immobile (35 goals) and Robert Lewandowski (34) in the standings with just one game of the Serie A season left to go.

Juventus face Roma in the final matchday of the Serie A season on Saturday while Lazio take on Napoli at the same time.