Samuel Kalu’s late goal fails to save Bordeaux from defeat

Samuel Kalu’s late effort was not enough to save Bordeaux as goals from Cameroon’s Ignatius Ganago and DR Congo’s Gael Kakuta steered Lens to a 2-1 win on Saturday.

Both teams struggled to break the deadlock at the Stade Bollaert-Delelis in the first 45 minutes but Ganago opened the scoring for the hosts two minutes into the second half.

Samuel KALU : The Wonderkid from Aba !

We send an SOS to the Blackburn Rovers : please, make a £7m bid to buy him. If we don't sell him we are in bankruptcy. https://t.co/UBuyi3FIej

The 21-year-old has been in fine form in the Ligue 1 this season, scoring a goal in Lens’ last two games which took his tally to three efforts in four Ligue 1 appearances.

A few minutes later, Kakuta doubled the lead for Franck Haise’s team from the penalty spot. The 59th-minute goal made the DR Congo international the joint-top scorer for Lens with three league goals so far after four games.

Lens’ hopes of bagging a clean sheet was dashed late in the stoppage-time after second-half substitute Kalu grabbed a consolation goal for 10-man Bordeaux. 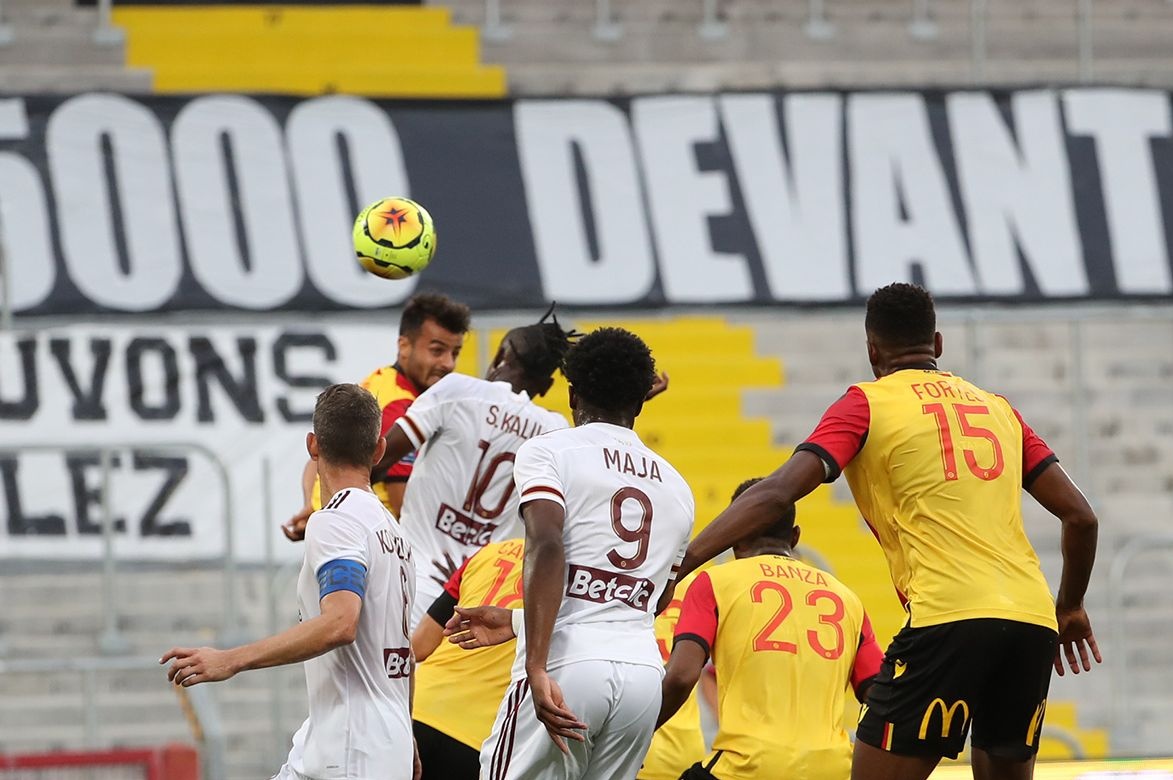 The Super Eagles forward who has started just one game this season, was introduced for Remi Oudin in the 81st minute and he linked up with Yacine Adli to find the back of the net in the 95th minute.

His compatriot Josh Maja was also an 81st-minute substitute but could not score his second goal in the French top-flight this season.

The victory was Lens’ third straight victory in the Ligue 1 this term, after defeating Lorient and reigning champions PSG in their last outings.

The Stade Bollaert-Delelis outfit is second in the league table, level on nine points with leaders Saint-Etienne who have a game in hand.

Read Also: Guardiola: My commitment remains the same on Messi

Bordeaux, meanwhile, are 11th in the Ligue 1 standings with five points after four matches.

On September 27, Kalu and Maja will be hoping to lead the Girondins to their second Ligue 1 victory when they welcome Nice to the Stade Matmut-Atlantique.