Former youth international, Olaitan  Yusuf Otubanjo, has welcomed his second daughter following the birth of baby girl by his wife  Ololade in the early hours of Friday  8th November at Kepler University Hospital in the  Upper-Austrian state capital city of Linz. 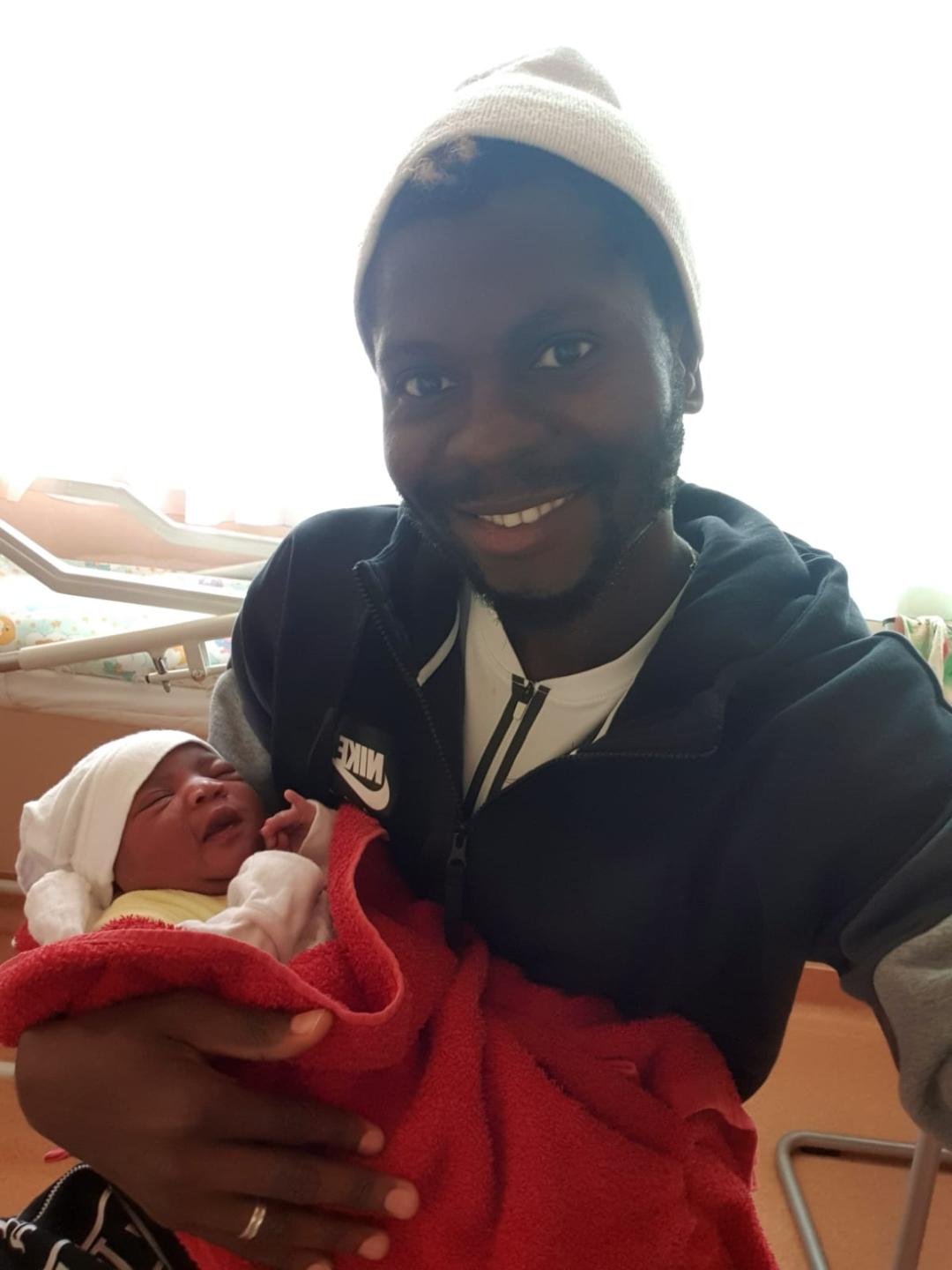 The widely-traveled Otubanjo who is currently with  Austrian Bundesliga side, LASK Linz said the baby girl has already been named  Ameerah Simisola Pearl Ebunoluwa.

The former Red Bull Salzburg striker described the arrival of the family’s second baby as a real blessing: “We say thanks to God and thank for the prayers of everyone. This is another blessing four-family, and we are happy about it.”

A member of the Golden Eaglets that won Silver when Nigeria hosted the FIFA U-17 World Cup in 2009, Otubanjo quit bachelorhood on 16th June 2016. He has featured for several clubs in Europe including the youth team of  Atletico Madrid before featuring for a clutch of Austrian clubs including   Red Bull Salzburg, FC Pasching, FC Blau-Weiß Linz and SCR Altach.

Along the line, he also played for  Slovakian side MSK Zilina where he won the Slovak Superliga in the  2016/2017 season which incidentally was his first silverware in Europe.

How about having some off season Serena show off!