Super Eagles defender, Shehu Abdullahi had declared himself 100 percent fit after returning to training with his TFF First League side, Bursaspor. 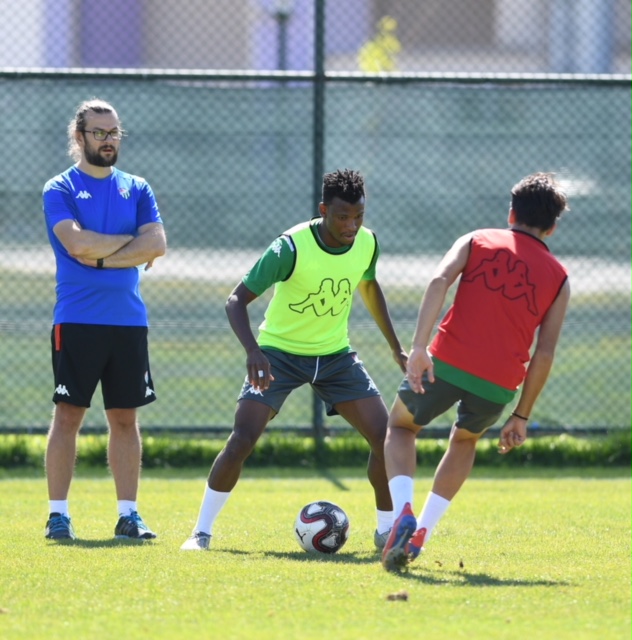 SportingLife reports that the 26 year old played only 42 minutes of his Africa Nations Cup debut with the Super Eagles in Egypt after he pulled a hamstring and was replaced by Chidozie Awazim in Nigeria’s 1-0 victory over Burundi.

The Nigeria international uploaded a picture from his training session with Bursaspor teammates on his official Twitter account with the caption, “Back to work, 100% fitness. Thanks for the love.”

Abdullahi will be hoping for a better season after he struggled with injury blight last season with the Green Crocodiles as he was restricted to 13 league matches with a goal to his credit.

Bursaspor, who were relegated from the Turkish Super Lig last season, will begin their Turkish second-tier football campaign away to Fatih Karagümrük at the Necmi Kadıoğlu Stadyumu (İstanbul) on August 17.