Three goalkeepers Rohr can rely on after Uzoho’s injury

The Super Eagles of Nigeria are heading into another potential goalkeeping crisis following the injury to first-choice shot-stopper Francis Uzoho.

The sudden departure of Carl Ikeme to Cancer saw a gaping hole opened in the scheme of things for the super eagles, which led to a desperate search for a new number one before Francis Uzoho emerged to calm frayed nerves.

The 20-year-old was in goal for the three-time African champions when they battled to a 1-1 draw against Brazil during an international friendly at the weekend. 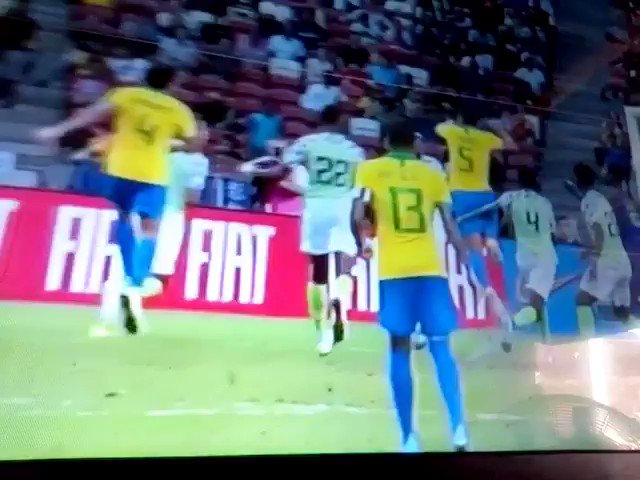 The match which was played inside the National Stadium in Singapore saw Joe Aribo’s first-half goal canceled out by Real Madrid’s midfielder, Casimero but the exciting game was almost marred by injuries to Neymar and Uzoho.

READ ALSO: FIFA To Pay Uzoho €20,548 For Injury Against Brazil

For Super Eagles Coach, Gernot Rohr it was heartbreaking as Uzoho had regained the form that made him the youngest African no.1 at the World Cup in 2018.

Interestingly, Uzoho lost his place in the team to Daniel Akpeyi for the 2019 Africa Cup of Nations (AFCON) where Nigeria won bronze but a return to Omonia Nicosia of Cyprus for a second loan spell helped him regain form.

He impressed in his return between the sticks for the Super Eagles as he helped the team secure a 2-2 draw against Ukraine, making two world-class saves in the process. That form he took into the game against the Seleção but his injury was a major setback and he is likely going to be out for at least six months, according to early prognosis.

“Francis Uzoho has been diagnosed with a rupture of the anterior cruciate ligament and external meniscus,” Omonia Nicosia said in a statement.

But a very positive, Uzoho posted on social media, he wrote: “Thank you all for the kindness. Trust me, you will all see a stronger and the best Uzoho Francis when I’m back in a very short time.”

While Uzoho, remains optimistic about his recovery from the latest injury setback, fans, and the national team boss, Gernot Rohr will be genuinely worried at who will replace him in goal for the 2021 Africa Cup of Nations (AFCON) qualification campaign on November 11 against the Benin Republic.

Here is a look at the options currently available to Rohr as the German desperately seek quality replacements for the goalkeeping position of the Super Eagles.

At 20, Maduka Okoye is still a young goalkeeper trying to fine-tune his craft at German side, Fortuna Düsseldorf II. But he enjoyed a massive breakthrough when he made his debut for the Super Eagles during the friendly against Brazil.

The involvement of the German-born Nigerian international was facilitated by the injury to Francis Uzoho and he kept a clean sheet which will give him a massive confidence boost.  “Glad to have made my debut for Nigeria,” the 20-year-old tweeted.

“It’s a dream come true playing for my beloved country. Now, it’s time to work even harder!” He used the opportunity to thank fans for their support while sending his prayers to the injured Uzoho, he wrote: “Wishing my brother Uzoho a speedy recovery. Thank you, Nigeria!”

Maduka looked sharp against the Seleção but was never really tested as the Brazilians failed to hit target for the rest of the 90minutes. However, with Ikechukwu Ezenwa inactive because the Nigeria Professional Football League (NPFL) is on break and Rohr not trusting Daniel Akpeyi, the door of opportunity may be open for Maduka to stake a claim for the no.1 glove.

At 24, Sebastian Osigwe is very experienced already with over 100 appearances for his Switzerland club, SC Kriens. He helped his team gain promotion to the second division last season and remains the undisputed no.1 this season.

He is passionate about representing Nigeria at senior levels after refusing the huge lure to play for Switzerland despite being part of their youth systems. And if Maduka, who currently represents Fortuna Düsseldorf II in the fourth division in Germany got a call from Rohr to the Super Eagles – Sebastian Osigwe surely deserves his place in the national team.

Sebastian’s father, Vitalis Osigwe represented Nigeria in the past and he is keen to follow in his footsteps.

At a time when the home based slot practically belonged to Ikechukwu Ezenwa, Olufemi Kayode has silently worked his way up the ladder of the NPFL, surprisingly helping Lobi stars to the group stage of the CAF Champions League – a feat which earned him a move to the 2019 league champions, Enyimba of Aba.

He kept 10 clean sheets for Lobi Stars in the 2018 season, a joint-highest with two others as the pride of Benue were declared the winner of the NPFL Also, he earned two clean sheets in five matches he featured in during the last abridge league season.

Already, Olufemi has weaved through the high-quality line up in the Peoples Elephant goalkeeping department to battle for the number one slot with Theophilus Afelokhai.

He put up a fantastic performance which almost saved Enyimba through to the group stages of the CAF champions league but a defensive mix up derailed the worthy performance on the day.