Troost-Ekong: I’m happy to be back 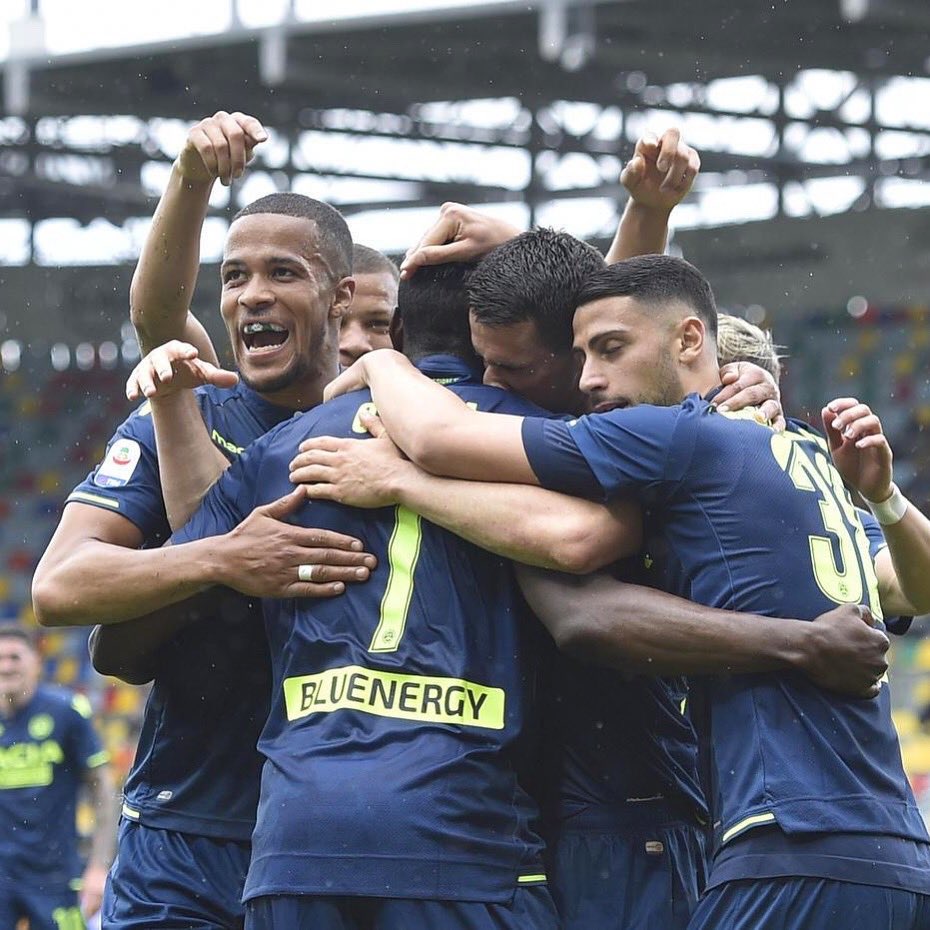 The former Bursaspor of Turkey star was included in the starting eleven by manager Igor Tudor  after missing his side’s previous two matches due to an adductor problem sustained last month.

An elated Troost-Ekong who was replaced in the 76th minute by Dutch centre-back, Bram Nuytinck  took to his official twitter handle to express how happy he was while urging his teammates not to relent until the team is safely out of relegation in the remaining two matches of the season.

“Good guys! Happy to be back with the team. And now let’s go with the other 2 endings! +3 #ForzaUdinese” he tweeted.

Troost-Ekong was part of the Udinese side which trained on Wednesday and Thursday ahead of yesterday’s clash against Frosinone having been sidelined after suffering an adductor injury  during his club’s 1-1 draw against Sassuolo last month.

The injury made the defender to miss their 2-0 loss to Atalanta and the goalless stalemate against Inter Milan two weeks ago.

Since his switch from Bursaspor last summer, Troost-Ekong has been a mainstay in Igor Tudor’s
set-up and has made 32 Serie A appearances so far.

Premier League quotes of the season that made headlines