Paris Saint-Germain produced a stunning late turnaround to beat Atalanta 2-1 and reach the Champions League semi-finals for the first time since 1995 on Wednesday night.

1994/95 – Paris Saint-Germain have reached the semi finals of the UEFA Champions League for the first time since 1994/95 under Luis Fernandez. Euphoria. pic.twitter.com/tfE93upWUD

Mario Pasalic’s first-half strike had looked set to settle a contest in Lisbon that will be remembered for a series of first-half misses from Neymar, the worst of which came when through on goal in the third minute. 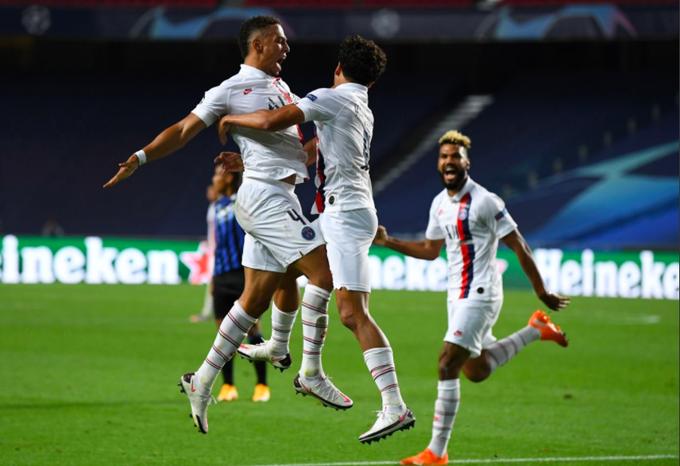 Thomas Tuchel’s side dominated large spells but looked short of sharpness after playing few games in the past five months, even following Kylian Mbappe’s introduction from the bench after he shook off an ankle injury.

However, Marquinhos prodded home a fortuitous equaliser in the 90th minute before Neymar and Mbappe combined to set up Eric Maxim Choupo-Moting to become the unlikely hero and break Atalanta hearts.