By Our Reporter On Oct 27, 2020 0
Juventus forwards Dejan Kulusevski (L) and Alvaro Morata (R) have been on target in Cristiano Ronaldo's absence.

Andrea Pirlo sees positives despite preparing for his biggest match since taking over as Juventus coach with Covid-19 -stricken Cristiano Ronaldo in doubt against Lionel Messi’s Barcelona in the Champions League on Wednesday.

Pirlo took over after Maurizio Sarri was sacked immediately after Juventus’ last 16 exit to Lyon in August, the veteran coach lamenting another failure in a “competition cursed for Juve”.

The Turin side have won the tournament twice, but not since 1996. They have been runners-up seven times, including twice in the last five years.

In fact, 41-year-old Pirlo’s last Juventus game as a player came in the 3-1 loss to Barcelona in the 2015 Champions League final.

Juventus signed Portuguese star Ronaldo in 2018 with the aim of lifting the coveted European trophy, and his absence against Messi’s Barcelona could weigh heavy.

The 35-year-old will need to test negative 24 hours before being allowed to feature in Turin. The return at the Camp Nou is on December 8.

“We miss him right now, of course,” said Colombian teammate Juan Cuadrado. “He’s a champion. In these very difficult matches, his strength, his mentality and his desire shine through.”

Ronaldo scored three goals for Juventus in their first two league games, before contracting the virus while on international duty.

Even if Pirlo has yet to record a loss this season, Juventus are fifth in Serie A, with three draws in five games.

“Barcelona? It doesn’t worry me, they are two different matches,” said Pirlo after Sunday’s 1-1 stalemate against Hellas Verona.

“Verona play differently than Barcelona, against teams that play like this you have to prepare a certain type of match. 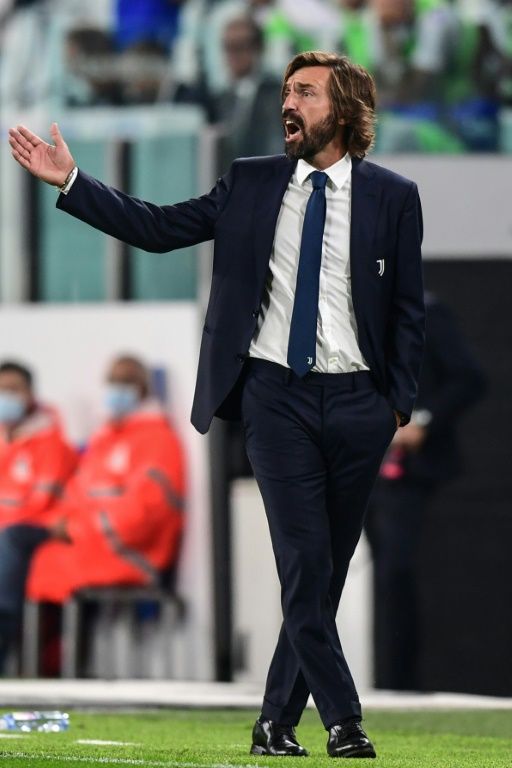 “We’re in the construction phase,” continued the novice coach.

“We’re sorry to leave points on the road, but we are on the right path. We are building a long-term project. I only see positive things.”