Everton boss Marco Silva is convinced Saturday’s home clash with West Ham will be a turning point in the Toffees’ season.

The Merseysiders head into the fixture having lost each of their last four Premier League games and lying in the relegation zone.

After the 1-0 defeat at Burnley on October 5, Silva said the meeting with eighth-placed West Ham was a “must-win game for us”.

When he was asked on Friday about that, and if the message to the players was it had to be a turning point in the campaign, the Portuguese said: “We believe it will be. 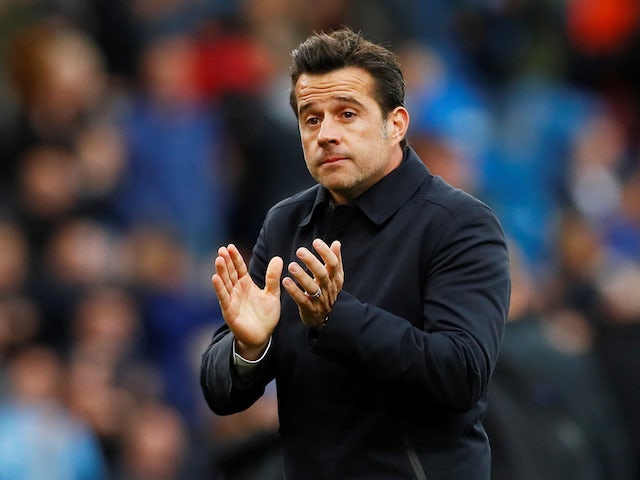 “When I used those words, it was first because for us as a club, all the matches must be must-win matches. That is the mentality we are trying to create.

“And I use that because it has to be a turning point for us because we have all the conditions to do that, full confidence in our players to be able to play in our stadium as well, and I think it is a good start to the match, thinking of it like a must-win.

“At the moment we are not in the best moment with confidence really high, but we have to go for this match thinking it will be a must-win game.”

Silva said he had been in frequent contact with the club’s majority shareholder Farhad Moshiri, emphasising that was “normal”, and insisted “pressure is really good” as he urged his players to react to their current predicament.

He said: “Pressure for us as professionals has to be a privilege, a pleasure, because it means we are doing what we really love, that we are working in a football club which is demanding for ourselves.

“We have to put this pressure behind us every day. For me it is never a problem, and it is something I try to pass to my players every single day. Pressure is really good. It means you are at a club that wants to win, a club with big ambition, and it is the reality of our position.

“The table is not good. Our last results aren’t good enough. We have to react and the pressure has to be good for us. Embracing the moment is the reality in this moment. We can perform better, we can win the game.”

Silva added: “Together we have to take the responsibility. Like you know, I am always the first one, and it’s good for me to see the players take also, because they know you are a group, you are not just one.

“You are Everton Football Club, you are all together in this situation, and all together we will turn things for us again and we will start to get the points to go for the position we want, and to challenge for the goals we want during this season.”