Wilfried Zaha scored the only goal of the game as Patrick Vieira kicked off his reign as Crystal Palace boss with a win over Walsall.

The Eagles travelled to the League Two side for the friendly, which was their first of pre-season after spending a week training at St. George’s Park. 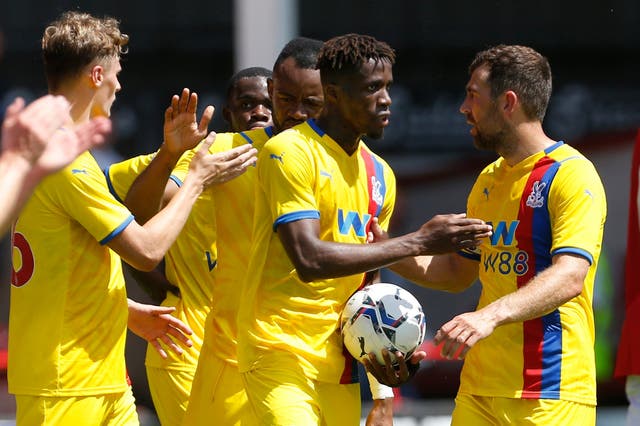 In the end, Palace claimed the victory courtesy of a Zaha goal just before half-time and Vieira will have been glad to have started life in south London with a win.

The former Arsenal midfielder named a strong team for the friendly, with teenager Robert Street the only youngster in the starting XI.

The rest of the team was full of household names and Palace dominated the opening 10 minutes of the match.

Zaha went close to scoring on two occasions and he finally got the breakthrough in the 41st minute of the game.

The Ivorian, who has been linked with a move away from Selhurst Park this summer, linked up well with Street before firing home. 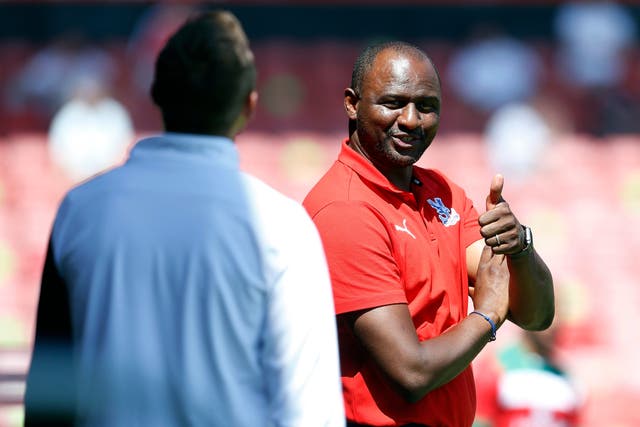 Palace put out a brand-new XI for the second half as a host of young players were given a chance to impress Vieira.

They held their own, but Walsall almost knicked a draw with five minutes to go when Kieran Phillips struck the crossbar.

It wasn’t to be, though, and in the end Palace held on for a first win under new boss Vieira.

Ligue 1: Switzerland’s Petkovic to take over at Kalu’s Bordeaux

Simone Biles: I don’t trust myself as much anymore

Ligue 1: Switzerland’s Petkovic to take over at…