Egypt avenged the men’s team loss to Nigeria after the North African side dominated the doubles events
at the expense of Nigeria at the 2018 ITTF African Championships in Mauritius.

From all indications, Egypt will cart home all the medals at stake in the doubles events after Dina
Meshref and Ahmed Saleh defeated Nigeria’s Segun Toriola and Olufunke Oshonaike 4-0 to emerge as
champions in the mixed doubles event of the tournament. 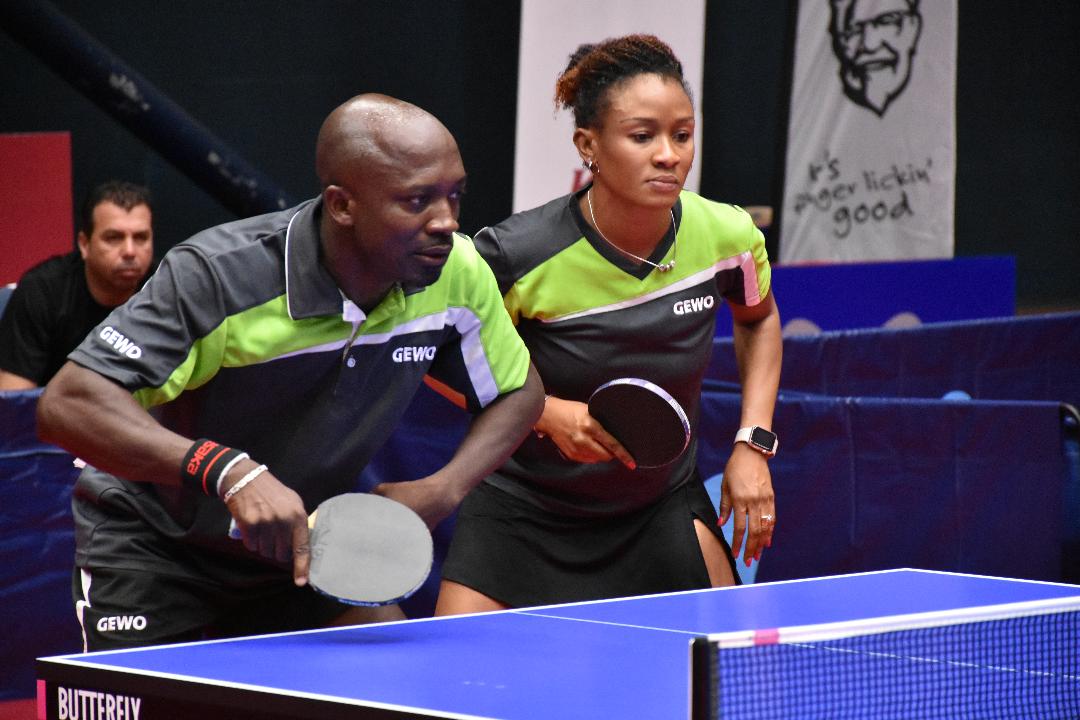 Also in the women and doubles event, it will be an Egyptian affair in the finals after Dina Meshref and
Yousry Helmy set up a final clash against Farah Abdel-Aziz and Reem El-Raky in the women’s doubles
while Youssef Abdel-Aziz and Khalid Assar upset Nigeria’s Aruna Quadri and Segun Toriola in the
semifinal with a 4-2 win. Ahmed Saleh and Mohammed El-Beiali also beat Cote d’Ivoire’s duo of Kanate
Ali and Kizito Oba Oba by same margin to berth in the final.

Dina Meshref has increased her gold medals to two having won the first gold medal in the women team
event.

On Saturday September 8, the tournament enters crucial stage in the singles for places in the last eight of the championship.

The second round match (round of 32) of the men and women singles event hold as the battle for top
prize continues at the Beau Bassin Sports Complex in Mauritius.

Also in the women’s doubles, South Africa’s duo of Danisha Patel and Simeen Mokreey achieved their
biggest feat in the tournament after dismissing Nigeria’s duo of Oshonaike and Esther Oribamise 4-1 in
the semifinal round to make the medal zone in the event.

Also Ivorien duo of Ali and Oba Oba made it to the podium after beating South Africa’s pair of Shane
Overmeyer and Theo Cogill in the semifinal to finish on the bronze medal zone.

Super Eagles in a must win encounter against pirates.