The road to the podium for Team Nigeria at the 2019 African Wrestling Championship looks tortuous after the women team were handed a tough draw at the tournament holding in the tourist town of Hammamet in Tunisia. 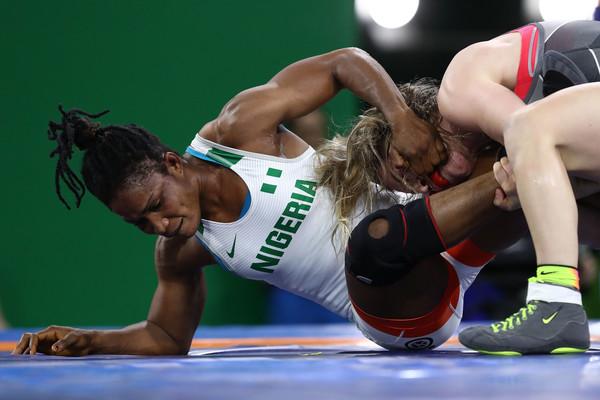 In the draw made available to Sportinglife.ng, Commonwealth Games gold medalist, Odunayo Adekuoroye will begin her title defence against Algeria’s Chaimaa Aouissi in the 57kg in her quest to retain her title.

Also in the 50kg, Mercy Genesis will slug it out with Tunisia’s Tiara Jaouadi while Rosemary Nweke will battle Algeria’s Ibdissem Doudou in the 53kg.

In the 55kg, Esther kolawole will take on Tunisia’s Faten Hammami while Ifeoma Nwoye confronts Tunisia’s Khouloud Ouni in the 59kg.

Another Commonwealth Games gold medalist – Aminat Adeniyi will also start her title defence against Egypt’s Gomaa Elkeliny in the 62kg. Sunmisola Balogun clash against Algeria’s Amel Hamiche in the 65kg, Hannah Rueben battles Tunisia’s Wiem Trabelsi in the 72kg while Blessing Onyebuchi will be on duty against Tunisia’s Rihem Ayari in the 76kg. Nigeria’s most successful female wrestler in the continent and eight-time African champion, Blessing Oborududu will square up against Chad’s Gassida Samia in the 68kg.

The President of the Nigeria Wrestling Federation (NWF) Daniel Igali who was present at the draw told NationSport from Hammamet that it was a tough draw but is confident that the wrestlers would hold their own against others.

“Everything looks normal. For me, the tough draw is that person that has a Nigerian in their pool. I expect all of my wrestlers to do well. They are the defending champions after all,” Igali said.

He however lamented the absence of cadet and junior teams which he said would affect the country in future. “But I am very worried that in three to five years, we will be overthrown by the North African teams and South Africa. We neglect taking our cadet and junior teams to competitions,” the NWF boss lamented.

The men’s team made up of five in the freestyle and one in the Greco roman events will know their opponents today after the draws.

Enyimba to face MFM without Ikouwem, two others