By Our Reporter Last updated Sep 12, 2019 0
All roads would this weekend lead to Uyo, with the commencement of activities for the 3rd  edition of the grassroots competition in honour of His Excellency Governor Udom Emmanuel of Akwa Ibom State. 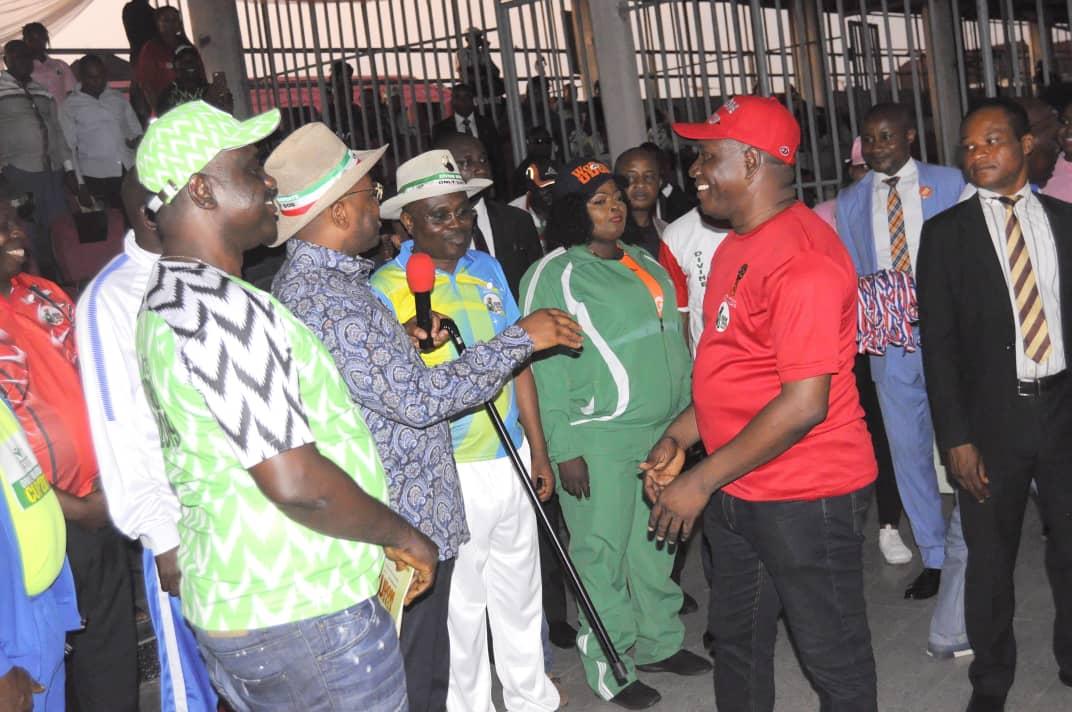 Appropriately tagged Udom Victory Tournament, the U-17 Football championship according to organizers, offers a veritable platform for the discovery of budding football talents within and outside the State as well as an opportunity to commemorate the second term victory of His Excellency Governor Udom Emmanuel in the recent Governorship polls.
In a release  jointly signed by  the LOC Chairman Pastor  Iboro Udom  and Tournament Coordinator Comrade John Ekpenyong ,  the draws ceremony has been scheduled to hold on the 14th September 2019 at Uniuyo mini-stadium by 10:am  to herald the commencement of the  to be held  across various centres within  Akwa Ibom State between on the 14th and 28th September 2019.
“ We are encouraged by the huge degree of successes recorded at the previous edition of the Udom  Victory Tournament and inspired by the visionary philosophy behind DAKKADA as espoused by Governor Udom Emmanuel as such, the championship has a lot of attractive packages for participating teams,” the release stated.
Meanwhile, participating teams have been enjoined to arrive Uyo on or before Saturday for accreditation and screening process as all necessary logistics for a successful championship has been put in place.
In a related development, the League of Newspaper Publishers in Akwa Ibom State has endorsed the forthcoming tournament of Udom National Under 17 football championship.
Receiving a branded T-shirt at his office from the Head, Media and Publicity of the tournament,  Emmanuel Akpan, the Secretary, League of Newspaper Publishers, Nsibiet John said publishers in the State are impressed with the initiative and will support the tournament to ensure a successful competition.
Loading...
Latest Sports NewsLatest Sports News in Nigeria

Iranian football fan dies after setting herself on fire

My Son Will Make Your Life A Misery,Fury’s Dad Warns Joshua

My Son Will Make Your Life A Misery,Fury’s Dad Warns…