AFCON 2019: I want to leave a legacy in Cameroon, says Seedorf 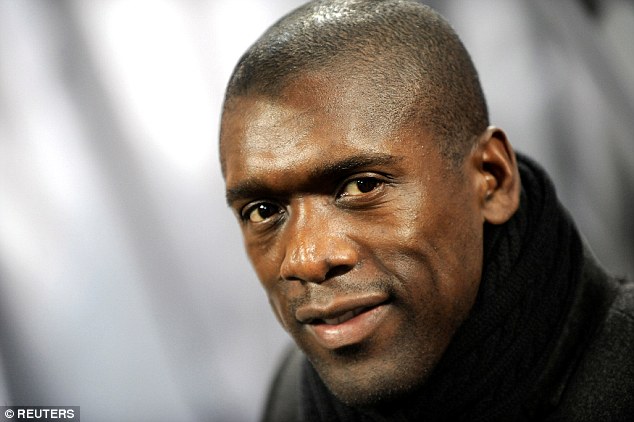 Having shone on many of the top stages in world football as a player, Clarence Seedorf now stands before his biggest challenge to date as a coach.

After taking the reins at Cameroon in August 2018, he is now sizing up a trip to the CAF Africa Cup of Nations (AFCON) Egypt 2019 with the Indomitable Lions – who will arrive as reigning champions.

But the road already hasn’t been a simple one. Absent from the 2018 FIFA World Cup Russia, Cameroon were anticipating hosting the continental tournament this June. However, after it was deemed necessary to postpone their hosting for two years in November, handing Egypt the reins, it meant Seedorf was left with one crucial game to secure their spot in the finals. A 3-0 triumph over Comoros secured it.

FIFA.com spoke with him on his first nine months at the helm, getting to know Africa and the improving fortunes of former club Ajax and the Dutch national team.

“It was definitely an electric ending to qualifying with all the changes at the last minute. We had to win against Comoros, but it also confirmed the work we’d done up until that moment had been really productive. Ending up with the same points as Morocco, who are one of the favourites to win the AFCON, with only two goals difference says a lot about how we performed and prepared for the other games.

“I told my players from day one that I wanted to be first in the group. They knew that every match was serious, every training session was serious and every day was a chance to be their best. It’s a mentality that we’ve been able to create over those months and the last two performances against Brazil and Comoros are an acknowledgement that this team had the right mentality and were ready both technically and tactically to perform.

“Obviously, it’s always an honour to be linked with teams like Real Madrid, but it was a great challenge to get this team ready in just a few days, when normally you’d have a whole pre-season with them, and was actually a very exciting process. Cameroon are historically one of the best teams in Africa and missing out on the finals in Russia was a big disappointment for them. As a result it’s been like starting all over again, rebuilding the team and rebuilding the respect on an international level, which I think we’ve achieved with some great performances.

“Cameroon always has it. We’re in good shape and things are positive but then we need to translate this into matches. No one is going to have an easy day playing against Cameroon in Egypt.

“Similarly to Brazil, there’s a lot of focus on the players, they mean so much to the people in the country. They’re really their idols, their role models and the country stops for the match. But football is a universal language and it comes down to the same things wherever you go.

“Besides the experiences of culture, I’m finally able to see Africa, feel Africa and live Africa. There are still lots of problems here but the potential, the talent and the energy is fantastic. It’s wonderful to be able to get into those countries and it’s a privilege to be able to travel around Africa and work there.”