Agu: Uzoho reminds me of Ikeme

Super Eagles’ goalkeepers’ trainer, Aloy Agu says the calmness of Francis Uzoho when he made his international debut against Argentina last November may have won him the No 1 shirt. 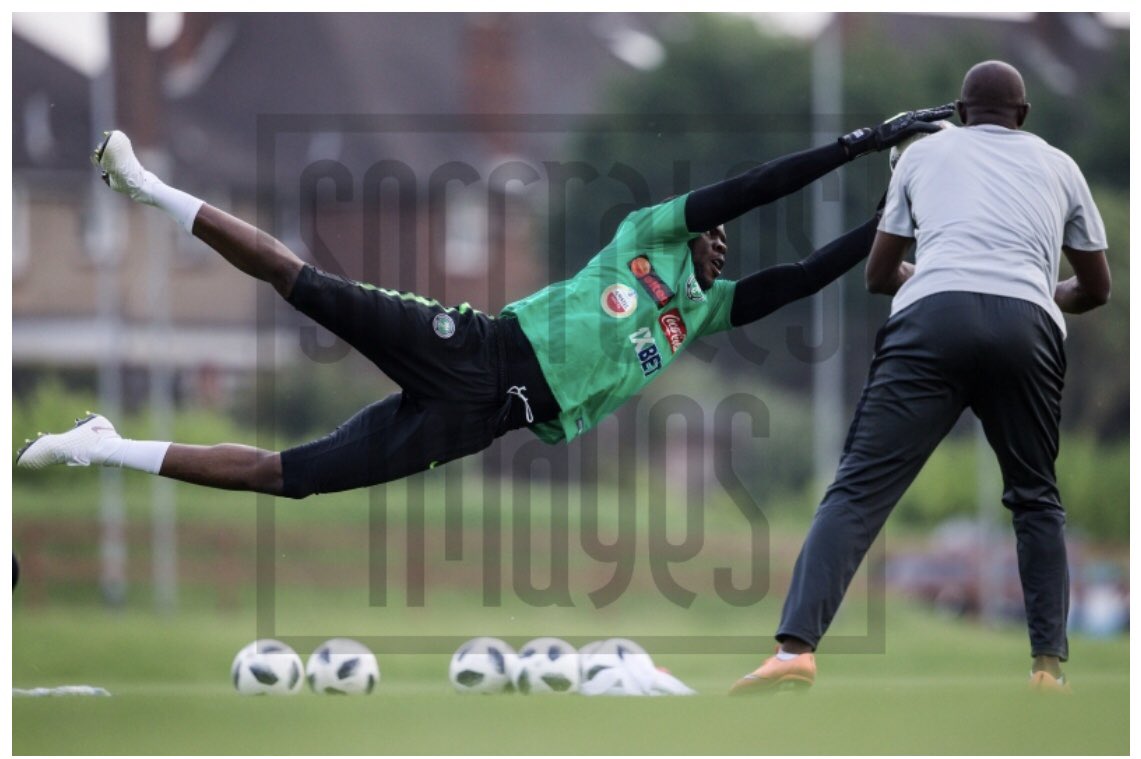 Aloy told SportingLife.ng in an exclusive interview at the team’s Avita Resort camp that Uzoho reminded him of Carl Ikeme when he first came to the national team.

It was Agu who recommended Ikeme to former Super Eagles’ coach, Sunday Oliseh before the Wolves shot stopper went ahead to make his debut against Tanzania.

“Uzoho reminds me of Ikeme. Ikeme came into the national team and was eager to work very hard to help the team. He stood very tall for the Eagles and deservedly became the first choice goalkeeper until he fell sick unfortunately.

” Uzoho too was very calm when he made his debut for the Eagles against Argentina last November.

” Uzoho is cool headed and has continued to improve after each match. Our role as coaches is to work on the lapses of the three goalkeepers in camp to help them gain confidence and do well anytime they are called upon to be in goal”

Speaking on the team’s readiness for the World Cup, Aloy said: “We started from the earlier stages of preparation and we are about to head for Russia.
” We’ve covered every aspect we needed to touch and we are now at the final stages of our preparation.

“We are Just hopeful and praying that when the group phase starts, the players will give their best against Croatia, Iceland and Argentina”