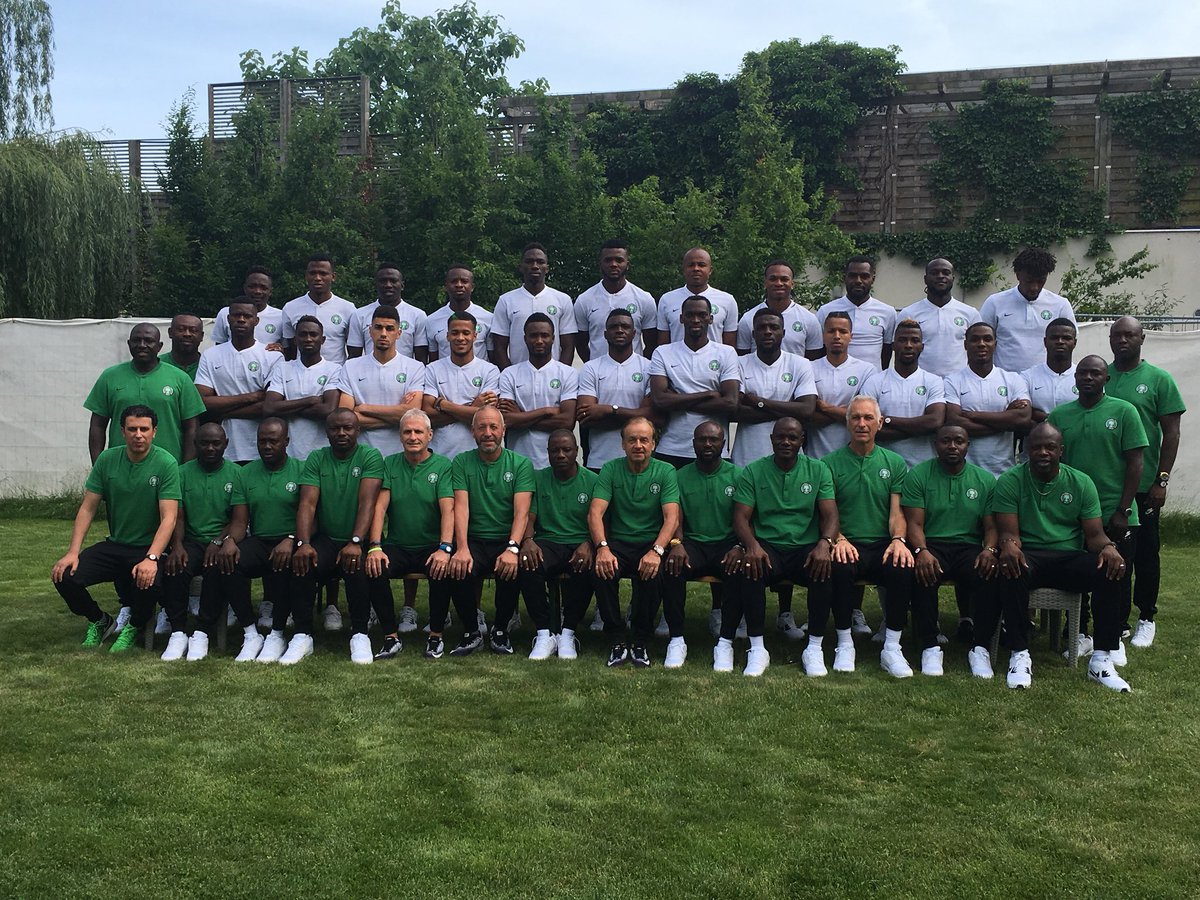 Ahead of the start of the 2018 FIFA World Cup, the official team photograph of the Super Eagles of Nigeria was released on Saturday, SportingLife reports.

The Super Eagles kit for the Mundial might have won them admirers across the world but the team photograph fell well short of the required standard and some fans immediately showed their disappointment.

It looked like the picture was hurriedly assembled as Arsenal midfielder, Alex Iwobi was caught looking down and uninterested while Odion Ighalo and William Ekong tried to out-smile everyone else.

Of course, the picture which was not bright or looked professionally taken suffered some backlash from some disgruntled fans and a few went as far as posting well taken pictures from other teams: Muhammad @sani_atk: ‘Worst team picture I ever seen…’

MerciArsène @greatjoe01: ‘Not too bad but it could’ve been better. The shot is Too dark with the green background.’

Chukwudifu [email protected]: ‘Poor picture guys ! Don’t be in a rush to put out these things! You a representative of Nigeria and brand ambassadors. Common!

Idowu Emmanuel A ‏@springdexign: ‘Bad Picture!!! No lighting, Dark AF, no enhancing ……Was it captured with an Android phone?

[email protected][email protected] ‘Whats this? At least you guys should have used an iPhone X or Sony Xperia phone to take d so called team pics… Must our things always be done casually? (Except for the jersey💛) Well its results in Russia that matters now, please don’t come back on time abeggggg… If not, hmmmm🤔’

The Super Eagles, who are currently in Bad Tatzmanndsdorf, Austria, will land Russia on Monday ahead of their first match against Croatia on June 16.

Agu: Uzoho reminds me of Ikeme