Aigbogun: We can’t afford to lose to South Africa

Nigeria U-20 head coach, Paul Aigbogun knows that they cannot afford to lose to South Africa in Tuesday’s second group A clash at the ongoing 2019 U-20 Africa Cup of Nations in Niger. 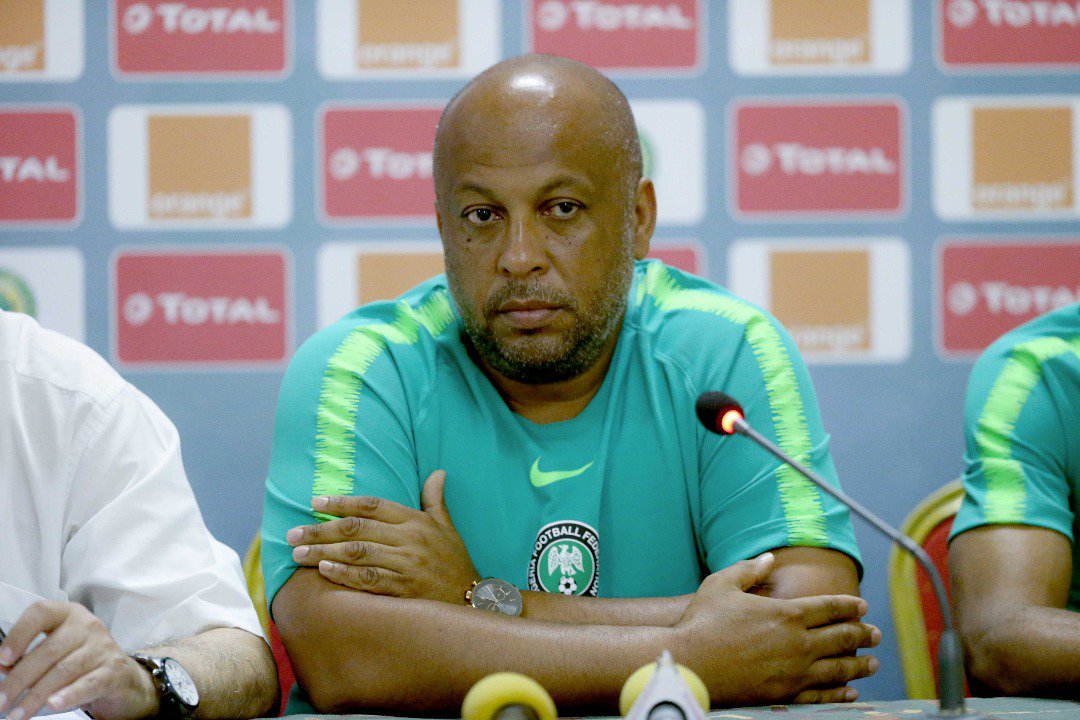 The Flying Eagles seek another three points after Saturday’s victory against Burundi which qualifies the team for the semi final and a spot in the FIFA U-20 World Cup in Poland.

”We are entering a second game that will be different from the first which we won,”Aigbogun said at the pre-match conference in Niamey on Monday.

“I can’t say that our team will play in the same style as against Burundi but we know one thing; we are here to qualify for the World Cup.”

Read Also: Aigbogun: Burundi made the game difficult for us

In the other group game, host Niger tackle Burundi at the Seyni Kountche Stadium also on Tuesday.