Mario Balotelli showed off a new goal celebration on Sunday as he took a selfie video with his Marseille teammates and posted it on social media during their 2-0 win over Saint-Etienne.

The Italian scored his fourth goal in six Ligue 1 games since joining Marseille from Nice in January by hooking home Florian Thauvin’s 12th-minute corner with an excellent acrobatic volley. 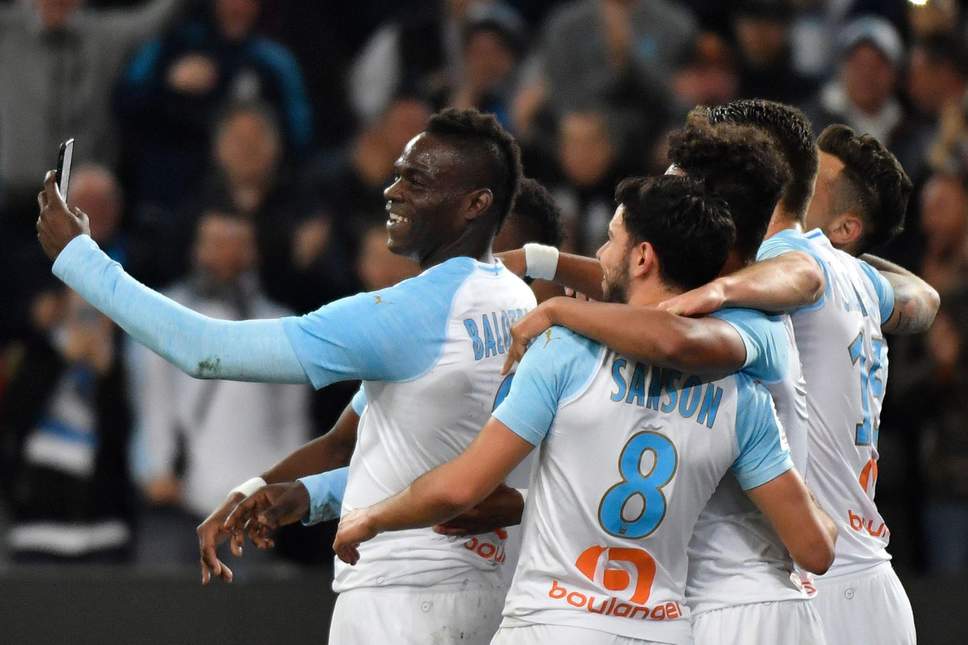 “Balotelli takes the pressure, he takes the limelight. He reminds me of (Zlatan) Ibrahimovic and he scored an Ibrahimovic goal,” said Saint-Etienne coach Jean-Louis Gasset.

“He has brought back the public, the confidence, and many of his teammates will raise their level of play.”

As he celebrated his volley, Balotelli took a phone from the cameraman behind the goal before filming the video with his laughing teammates and posting it on his Instagram story.

The 28-year-old then carried on playing.

He was not the first player to produce a selfie-based celebration, after Roma great Francesco Totti took a picture of himself after scoring against Lazio in the capital-city derby in 2015.

Marseille doubled their advantage nine minutes later through a Thauvin penalty and closed out the win with ease.

Rudi Garcia’s men have now taken 13 points from their last five league matches to leapfrog Saint-Etienne into fourth, just five points adrift of Lyon in the race for the third and final Champions League spot.