Contract negotiations have stalled and perhaps reached an impasse with just 12 months remaining on Thiago’s contract, therefore the logical expectation is that he will leave the club in the coming weeks. 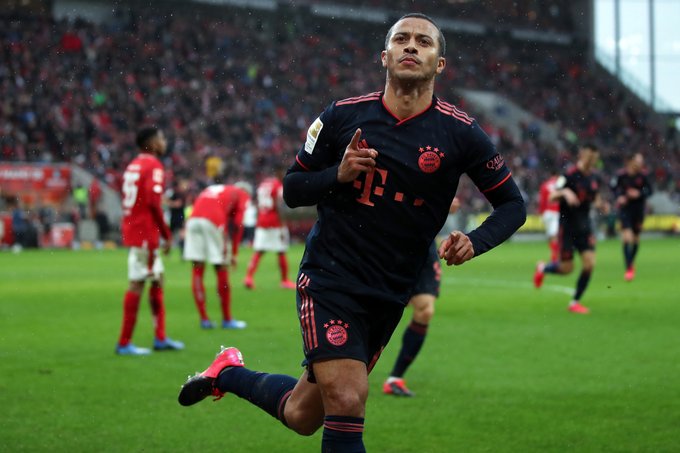 Flick is fully understand, and accepting, of the situation — both from the standpoint of the club and that of the player according to a report from the Metro:

“As a person and as an athlete, I can understand him. Thiago played for Barcelona, and seven years for Bayern. Now he wants a new challenge, which in my opinion must be the Premier League,” Flick was quoted as saying.

Interestingly, the deep-lying playmaker is a totally different central midfielder to what Liverpool currently have as Jordan Henderson, Fabinho, James Milner and Georginio Wijnaldum are all hard-working more defensive minded players.

And then there’s Naby Keita and Alex Oxlade-Chamberlain who provide a bit more attacking intent with forward runs from central midfield.

Thiago Alcantara would help Liverpool control games better when opponents sit back and don’t allow them space to operate in-behind.

The Spaniard is a silky pass-master who is wanted by PSG, Liverpool, Manchester United and others, but it appears he will be heading to Anfield to give Liverpool a totally new dimension to their play.