Legendary shot-stopper Iker Casillas has revealed he is holding talks to return to Los Blancos in a non-playing role after his retirement from football.

A report in Marca last month claimed that he would return to Los Blancos as an advisor to club president Florentino Perez, although no deal has yet been completed.

Casillas has now told the Semana magazine, in quotes carried by Marca: “Nothing is finalised yet, but I hope my new stage is at Real Madrid.

“My departure from Real Madrid was traumatic, but it is my home. We broke up like when a marriage separates and you tell each other about everything and there were phrases wrongly said and out of context, but time has passed and everything has calmed down.

“After two or three years, I had a calmer relationship with Florentino and he told me: ‘You have to be here.’” 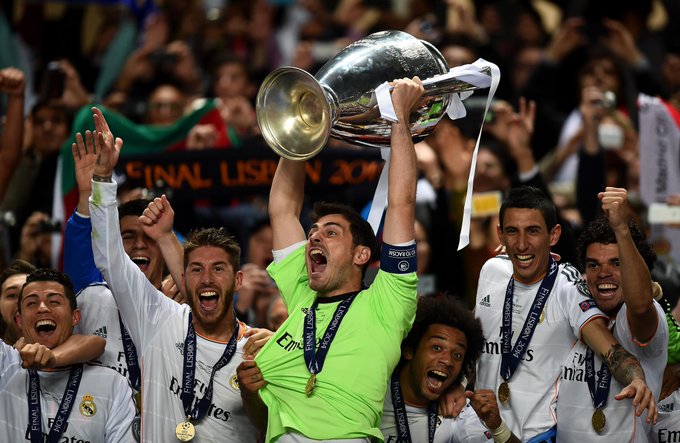 The goalkeeper left Madrid in the summer of 2015, following an acrimonious fallout with Perez whereby he was allowed to leave the Spanish giants ‘through the back door’.

However, that now appears to be water under the bridge with Casillas – the player with the second most games in the club’s history (725) – now due to return to the Spanish capital.

In June, Casillas announced he was withdrawing from the Spanish FA presidential elections having been due to stand against the current incumbent Luis Rubiales.

In May last year, the goalkeeper fell ill during training with Porto and was rushed to hospital where he underwent emergency surgery for a heart attack, and whilst he subsequently recovered and returned to Porto’s first-team squad, he did not play this season and left the Portuguese champions this summer.

Iker Casillas will return to Real Madrid as the club's advisor 🤍 pic.twitter.com/rrIKXf31JC

Casillas is one of the most decorated players in Spain’s history, playing over 700 games for Madrid before joining Porto in 2015.

He won three Champions Leagues with the capital giants, as well as two European Championships and a World Cup in his 167 caps for La Roja.