Panama at the world cup for the first time have everything to play for. Some have described their tie as that between David and Goliath but you never can say, World cup is all about surprises.  Can they pull a surprise against a better established and experienced Belgium with tested players? 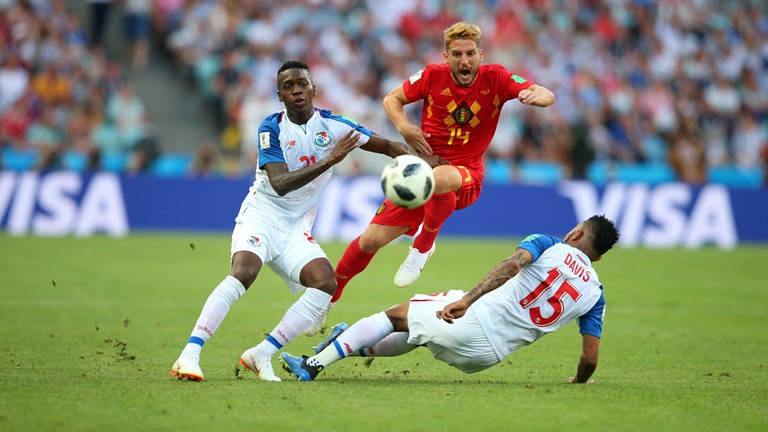 We have so far seen the end of the first half and it is safe to say debutant Panama have been able to hold their own. It may turn out to be anybody’s game in the second half.

Some believe Belgium would have shown class but the world cup is a platform for upsets and you can’t rule it out. Panama have maintained 40% possession to Belgium’s 60% .  Incidentally the players have enjoying themselves. certainly they have nothing to lose.  Panama fans appear not to be under pressure and are truly enjoying themselves. Finally Belgium have taken control and with this 71 minute goal by Lukaku  it is apparent they Belgium are close to earning three points from Sochi and before you can blink Lukaku has grabbed a brace

Mikel under pressure to Redeem Image after Disappointing Buhari

My husband did his best—Mikel’s Wife