While the wrap was being put on this year’s National Cultural festival in Benin last Saturday, the Benin Monarch, the revered Oba Ewuare11 made time to launch series of cultural golf apparels exclusively designed and produced by the Director General of the National Council for Arts and Culture [NCAC],  Olusegun Runsewe. 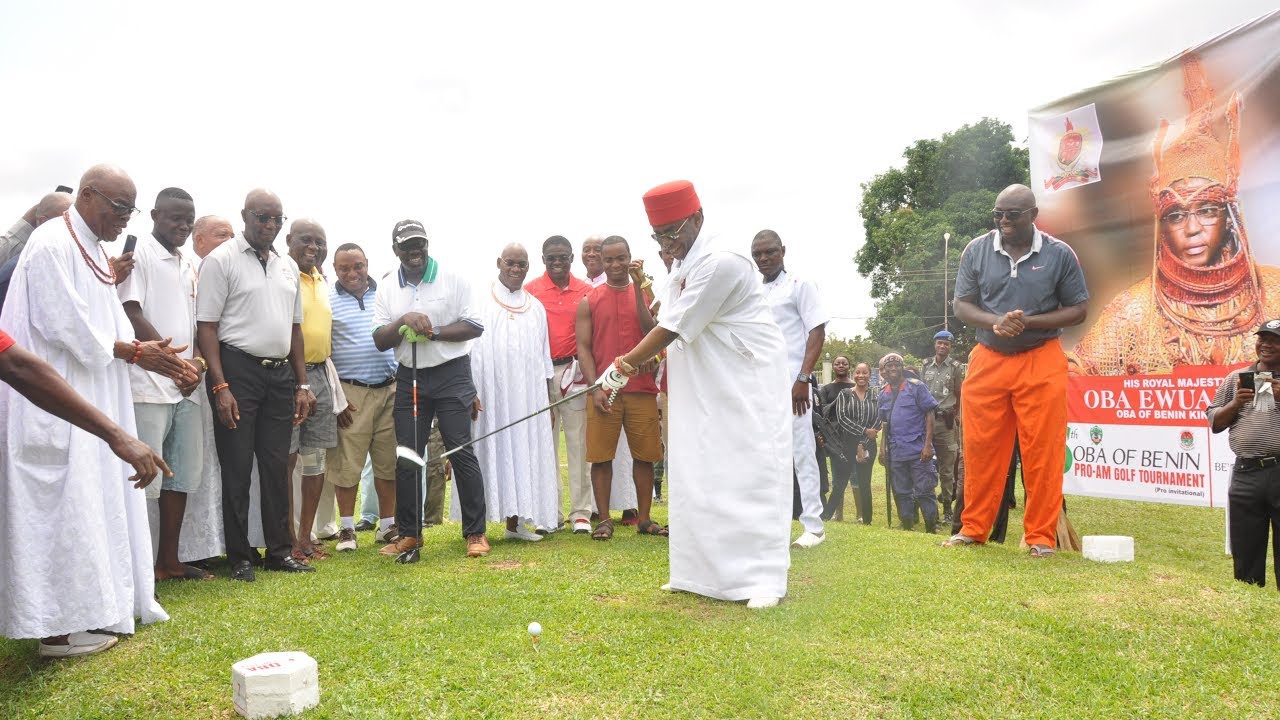 Oba Ewuare who equally teed off a Royal golf tournament organized in his honour at the Benin Golf Club equally mentioned that unveiling a cultural golf wears for millions of Nigerian golfers during the week of a festival that unites the whole nation was most welcome since the nation was long due to have its own golf identity.

He however mentioned that he was not surprised that such innovation was coming from a worthy Nigerian like Runsewe who steadfastly places the unity and peace of Nigerians as one issue that should never be compromised.

“As a custodian of Nigerian cultural”, Oba Ewuare noted. “I have not failed to eulogize our rich culture any time I travel abroad. But for a man like Otunba Runsewe to bring this into golf is most heart-warming. No doubt he is a worthy ambassador of culture and this rich game of golf”.

Oba Ewuare profusely thanked Runsewe for bringing the Cultural festival to the home of culture for the first time after several years that the festival debuted in Nigeria.

Runsewe however assured the Monarch that he would do everything within his powers to popularize the cultural golf apparels among Nigerians golfers and several others who play the game across the world.

You have our support, Ronaldo tells injured national teammate