Besiktas defender Fabrice Nsakala is recovering in a hospital after the Democratic Republic of Congo international collapsed on the pitch in their meeting with Gaziantepspor on Saturday, the Turkish Super Lig club said on Sunday.

Left back Nsakala went to ground in the 70th minute of the match, sparking concern among team mates and opposition players alike, before he was shifted to a hospital in an ambulance.

Besiktas did not state why the 31-year-old had collapsed.

“The early reports have shown that he’s in better condition and doing quite well,” the club said in a statement and thanked well-wishers for their concern. 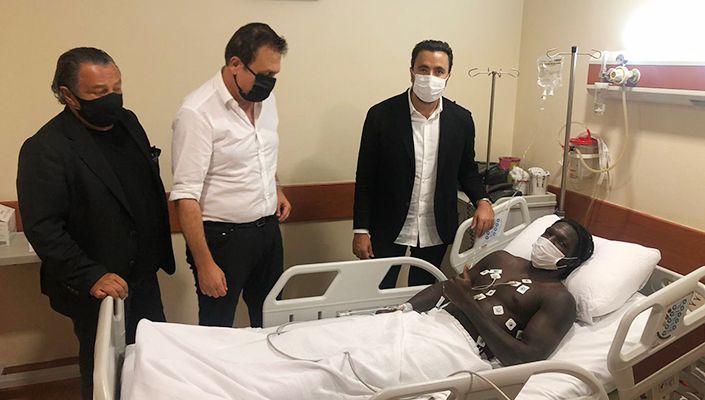 Nsakala had tweeted a picture of himself on a hospital bed, smiling and gesturing while undergoing tests.

The incident follows Denmark midfielder Christian Eriksen’s collapse after a cardiac arrest while playing against Finland in the European Championship two months ago.

Eriksen received life-saving treatment on the pitch before having an implantable cardioverter defibrillator device fitted later on.

EPL: Man Utd fail to build on their super form against Southampton

I’m not rushing into signing a new deal with Chelsea…