Barcelona have confirmed the departure of head coach Ernesto Valverde and placed Quique Setien in charge.Valverde was pictured overseeing training on Monday ahead of meeting with Barca’s board. 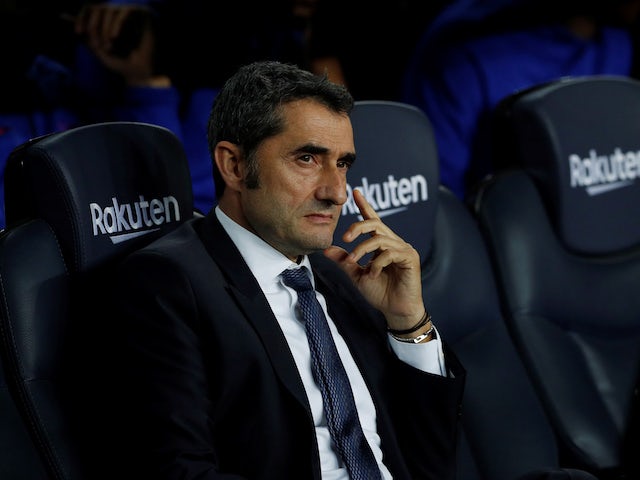 Following the conclusion of those discussions, Barca announced the end of Valverde’s two-and-a-half-year stint in charge at Camp Nou, with former Real Betis boss Setien replacing him on a contract until June 2022.

“FC Barcelona and Ernesto Valverde have reached an agreement to terminate the contract that united both parties,” the statement announcing Valverde’s departure read.

“The club publicly expresses its gratitude to Ernesto Valverde for his professionalism, his commitment, his dedication and his always positive treatment towards all that make up the Barca family. We wish him luck and success in the future.”

Setien repalces Valverde despite the fact Barca are top of La Liga, ahead of second-placed Real Madrid on goal difference, and topped their UEFA Champions League group.

They have been crowned league champions in each of the past two seasons and won the 2018 Copa del Rey.

However, the former Athletic Bilbao boss has often found his position under scrutiny, particularly after Barca suffered shock Champions League eliminations by Roma in 2018 and Liverpool in 2019 after taking a three-goal lead in each tie.

The 3-2 defeat to Atletico Madrid in the Supercopa de Espana semi-final in Saudi Arabia on Thursday further cranked up the pressure, with Barca losing to Diego Simeone’s men despite having largely controlled the contest.

The 55-year-old Valverde is the first coach Barca have dispensed with in the middle of a campaign since Louis van Gaal was sacked in January 2003 with the team sitting 12th in the standings.

Barca legend Xavi was said to be among the front-runners to take the reins, the 2010 FIFA World Cup winner having met director of football Eric Abidal in Qatar on Friday.

However, Xavi is reported to have told the club he was not interested in taking over until the end of the season.

Setien will be presented on Tuesday before his first game against Granada at Camp Nou on Sunday.

Setien coached Betis last season but left by mutual consent after leading the club to a 10th-place finish.

The former Atletico Madrid and Racing Santander player is known for his possession-based football and attacking gameplan, which suits the way Barcelona were known for playing during the Pep Guardiola era.