Former Arsenal striker, Kevin Campbell, thinks it is time for the team to secure some bargains in the transfer market. 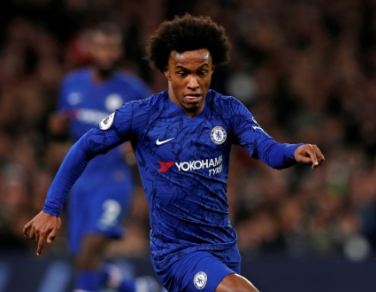 While Gunners fans know they will have to spend big to reach the top of the Premier League, Campbell hopes some astute free transfers could help.

The likes of Willian from Chelsea and Ryan Fraser from Bournemouth are out of contract this summer.

Campbell told Metro: “You can get Ryan Fraser on a free transfer, his assists for Bournemouth were double figures last year, I know he suffered injuries but he’s still been having a decent season.

“That’s playing for Bournemouth, when you’re playing for Arsenal he’s going to get more of the ball in the positions he wants and give more opportunities, because there’s a lot more threats for Arsenal than some of these other teams.”

Campbell added: “There’s talk of Willian, I like Willian, there’s still a lot of life left in him. He actually suits what Mikel Arteta wants to do, playing in a three, he’s got pace, he can beat people, he can score goals and we could get him on a free, and he’s experienced.

“It ticks all the boxes, but I know some Arsenal fans saying, ‘We don’t want Chelsea’s cast-offs’, but he’s not a cast-off.

“The problem with Chelsea is they’ve got young players coming through who need to play, who know now is the time where [Frank] Lampard’s come in with Jody Morris, it’s the transition where they have to play them now.

“Whereas Willian is 31, still got life in him, he’s a similar age to [Pierre-Emerick] Aubameyang, no one is saying Aubameyang is over the hill, so how can Willian be over the hill? It doesn’t make sense.

“If we haven’t got the money to spend in the transfer market, let’s get these guys on free, get them motivated and get them playing. That’s what Mikel Arteta’s got to do, and he realises if he hasn’t got the war chest then he’s going to have to move smart.”