Carrick in as Man United Shop to Replace Mourinho 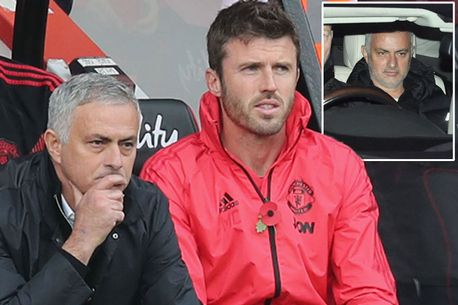 Michael Carrick will take training in the interim period with United traveling to Cardiff for their next game in the Premier League on Saturday tea time.

The United job was Mourinho’s third spell in the Premier League having previously managed Chelsea on two separate occasions.

But he has been less successful at the Theatre of Dreams, failing to win the title having tasted glory in 2005, 2006 and 2015 with the Blues.

Mourinho also won two Serie A crowns with Inter Milan and two Portuguese titles with Porto as well as a pair of Champions League triumphs in 2004 and 2010.

The self-styled Special One was asked whether he believed he was the man to “fix” United’s poor run of form.

He said: “What do you mean by fix? By win the title? Of course not. We can still finish fourth. It’s not easy but for sure for sure we’re going to finish in the top 6, but the best we can get is fourth.

“Liverpool are a better team. We can’t compare with Liverpool’s intensity and pressing.”