Celtic midfielder Ryan Christie has been slapped with a two-match ban after being found guilty of grabbing Rangers forward Alfredo Morelos by the genitals. 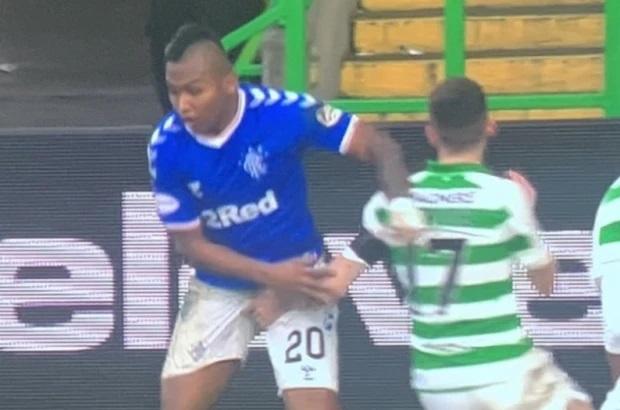 Christie escaped with only a free-kick against him after grabbing the Colombian in the groin area with his hand during Rangers’ 2-1 win at Celtic Park on December 29.

But he was subsequently charged with violent conduct by the Scottish Football Association and a fast-track tribunal found him guilty.

The 24-year-old had already been booked by referee Kevin Clancy for a foul on Morelos when he appeared to grab the striker after he had been nutmegged by the Colombian.

The ban triggers an extra one-match suspension because it is his second red-card offence of the season – he was sent off against Livingston – so he will also sit out the visit of Ross County on January 25.

The Scotland international is recovering from groin surgery and was rated ‘touch and go’ by assistant manager John Kennedy for the trip to Maryhill.

Celtic had vowed to defend their player ‘vigorously’ and stated they were “astonished” by the SFA charge when it was announced on December 31.

Morelos could still be hit with retrospective action over the cut-throat gesture he made towards Celtic fans after he was sent off in the closing seconds of the game.

Christie’s offence fell under fast-track procedures but gestures fall outside of those time limitations.

Rangers later claimed Morelos had been subjected to racial abuse and claimed his gesture was “used commonly throughout South America to indicate quite simply that something – in this case, the match – is finished”.