Champions League: Liverpool could bow out of against Salzburg tonight

Liverpool have set a relentless pace at the top of the Premier League this season, but their Champions League prospects are in jeopardy as they head into the final round of group fixtures this week.

Jurgen Klopp’s men travel to Salzburg’s Red Bull Arena on Tuesday knowing a defeat could knock them out of a competition they won only six months ago.

Liverpool sit top of Group D, one point ahead of second-placed Napoli and three ahead of Tuesday’s opponents Salzburg, with Genk bottom having only taken one point from their five games so far.

Liverpool are away to Salzburg in their final group game, with the other two sides facing off at Napoli’s San Paolo Stadium simultaneously. 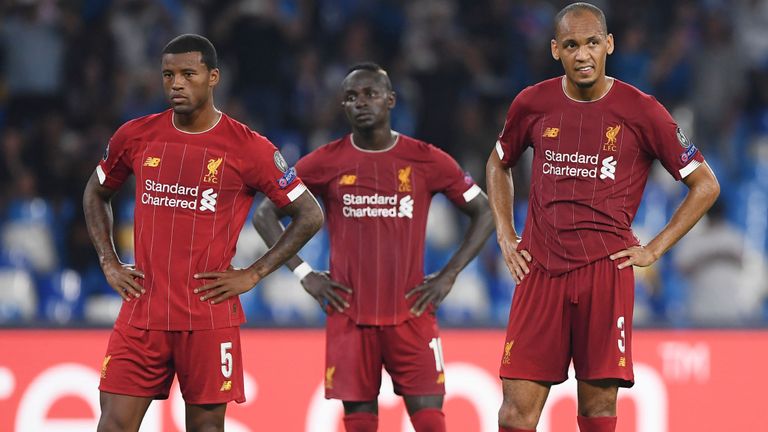 Klopp has been quick to point out that this is not the first time his Liverpool side’s qualification hopes have gone down to the last group game, but it is still somewhat unexpected given their domestic form.

Liverpool have only dropped two points out of 48 in the Premier League this season, but they have dropped five out of 15 in the Champions League. There was a 2-0 loss away to Napoli in their opening game and last month they were held to a 1-1 draw by the same side at Anfield.