Chelsea fans are still  lamenting the 6-0 humiliating loss to Manchester City in the Premier League on Sunday evening.

The Citizens tore The Blues apart with ease inside the opening 25 minutes with Sergio Aguero netting a hat-trick, Raheem Sterling a brace and Ilkay Gundogan scoring once to go top of the table. 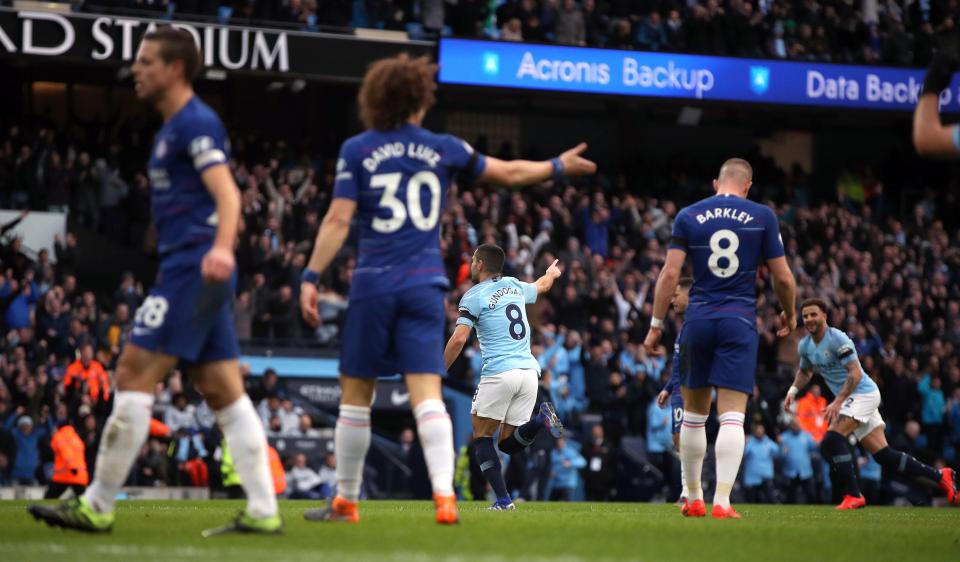 The future of Chelsea manager Maurizzo Sarri’s future will be the subject of speculation in the coming days after Chelsea suffered their heaviest defeat in all competitions since losing 7-0 to Nottingham Forest in 1991.

The fans have been voicing their displeasure on Twitter

@OptaJoe: 0-6 – Chelsea suffered their heaviest defeat in any competition since losing 0-7 to Nottingham Forest in April 1991. Drubbing.

Jamie Carragher: “The worst thing I can say about Sarri is that he looks like he’s turned Chelsea into Arsenal.”

@XammyOfficial: Chelsea actually lost the game by 6 goals to nil on the 6th Sunday of the year, 6days to the Nigeria Presidential election only to end up 6th in league.

@lamarr_____Man city: I can spell your name with goals. 1 goal for each letter.

Chelsea: fool, you missed the L

Man city : I know, you can have it

@thenanaaba: Goodnight everyone. I have an early start. I need to set my alarm for Chelsea o’clock. May God keep us safe. Amen.

@TheSportsman: ???? “This type of performance is simply not accepted and the players have to just resign!”

This Chelsea fan is clearly not happy with the 6-0 defeat against Manchester City… ??

@jack_mckim1: BACK FOR MOUR! Chelsea to sack Sarri tomorrow – as Abramovich looks set to try and lure Jose Mourinho back to Stamford Bridge #CFC

@iamvictor: If your husband is a Chelsea fan, better be in your best behaviour this night!

Sunday’s loss comes less than two weeks after the embarrassing 4-0 loss to Bournemouth which leaves Chelsea with four away defeats and 13 goals shipped in 2019.